When you arrive in the town of Bancroft, Ontario, it’s easy to find Tim Horton’s and McDonalds, but the area’s world-famous mineral riches are not so obvious.
In fact, in recent years it has been hard to find local minerals on display. The good news is that we have a great new display. The new Bancroft Gem and Mineral Club Mineral Museum (the Bancroft Mineral Museum) is open. When you come to Bancroft and want to see and learn about local minerals, this is where to start!
Historic Bancroft Train Station
Historically, during settlement days, the Bancroft region was primarily logging country (as it still is, in part, to this day) and it was served by the Central Ontario Railway. The land is rugged and the good direct highways did not come until much later! At the heart of Bancroft, the old train station sits above the banks of the York River. Constructed in 1899, the first train arrived in November 1900. 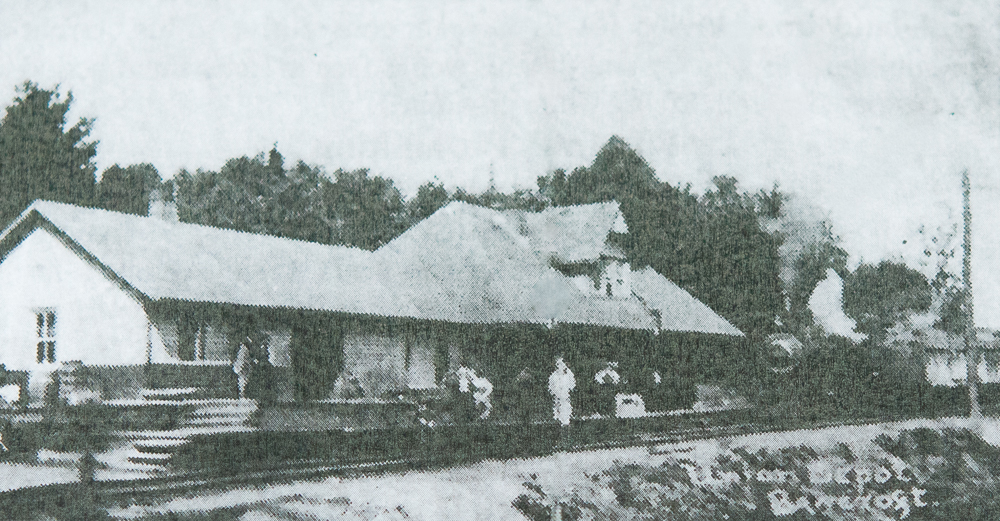 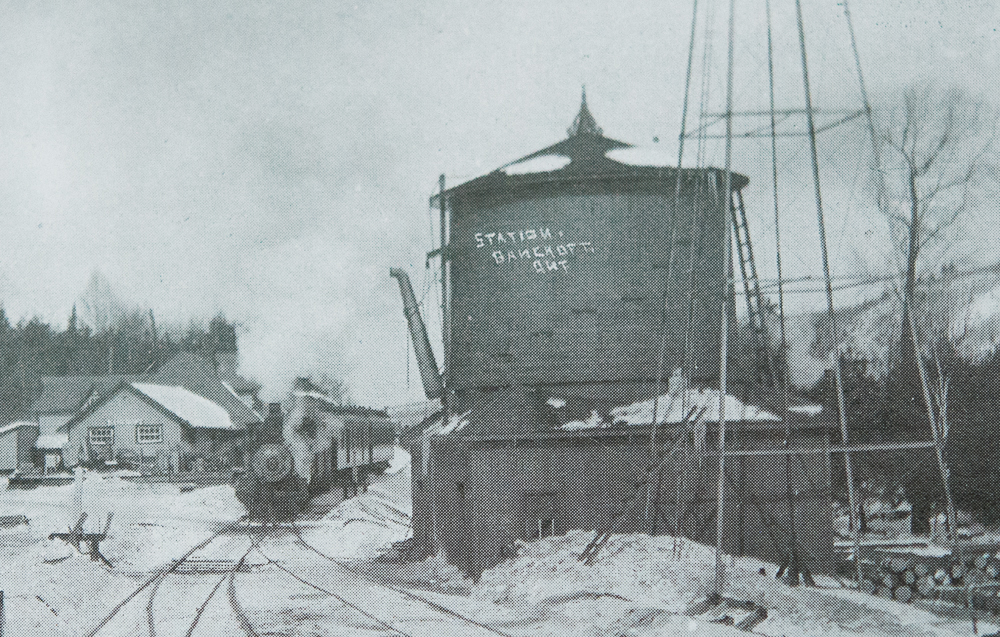 As is common among many of Ontario’s smaller communities, the railway ceased to operate, and the tracks are long gone, but the train station building remains. By the 1990s, the town’s railway station hosted the Bancroft and District Chamber of Commerce, a small addition/room dedicated to displaying the mineral collection of the Bancroft Gem and Mineral Club collection, and a fine local art gallery. 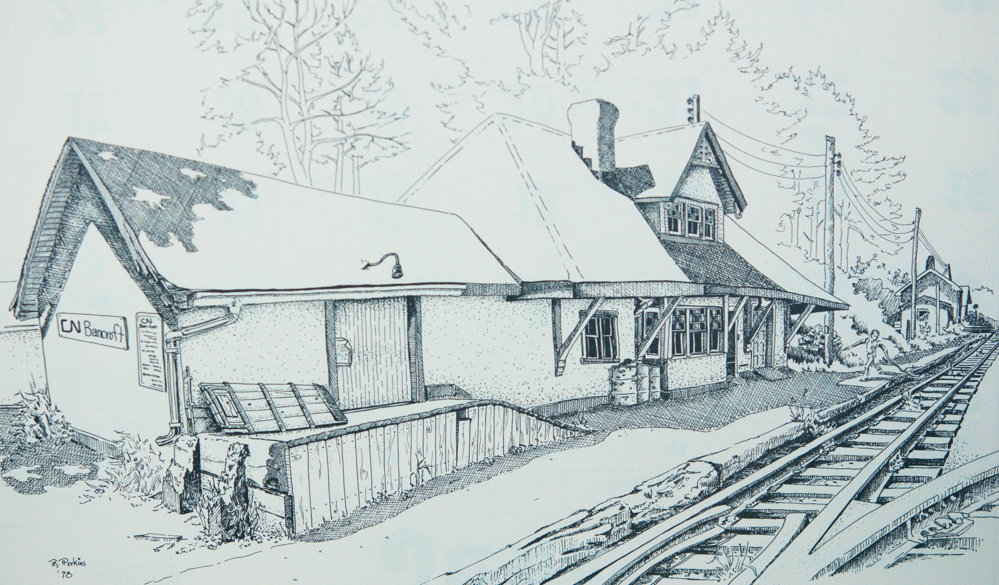 Sadly, the train station building fell into disrepair and was condemned. As a result, all were compelled to vacate the premises and there was serious doubt as to whether it would be saved. Saving the train station would be too expensive for the Town of Bancroft to fund. For a few years, the train station stood empty and on the verge of demolition.
This story does have a happy ending. Through community fundraising and hundreds of hours of volunteer work, the Bancroft Train Station has been saved and restored.
It was no small effort, saving the Train Station! Among other difficulties, the Train Station needed an entirely new foundation, as dry-rot affected the base of the structure. Needless to say, it’s a lot easier to put in a new foundation when you don’t have a building there already, in the way… 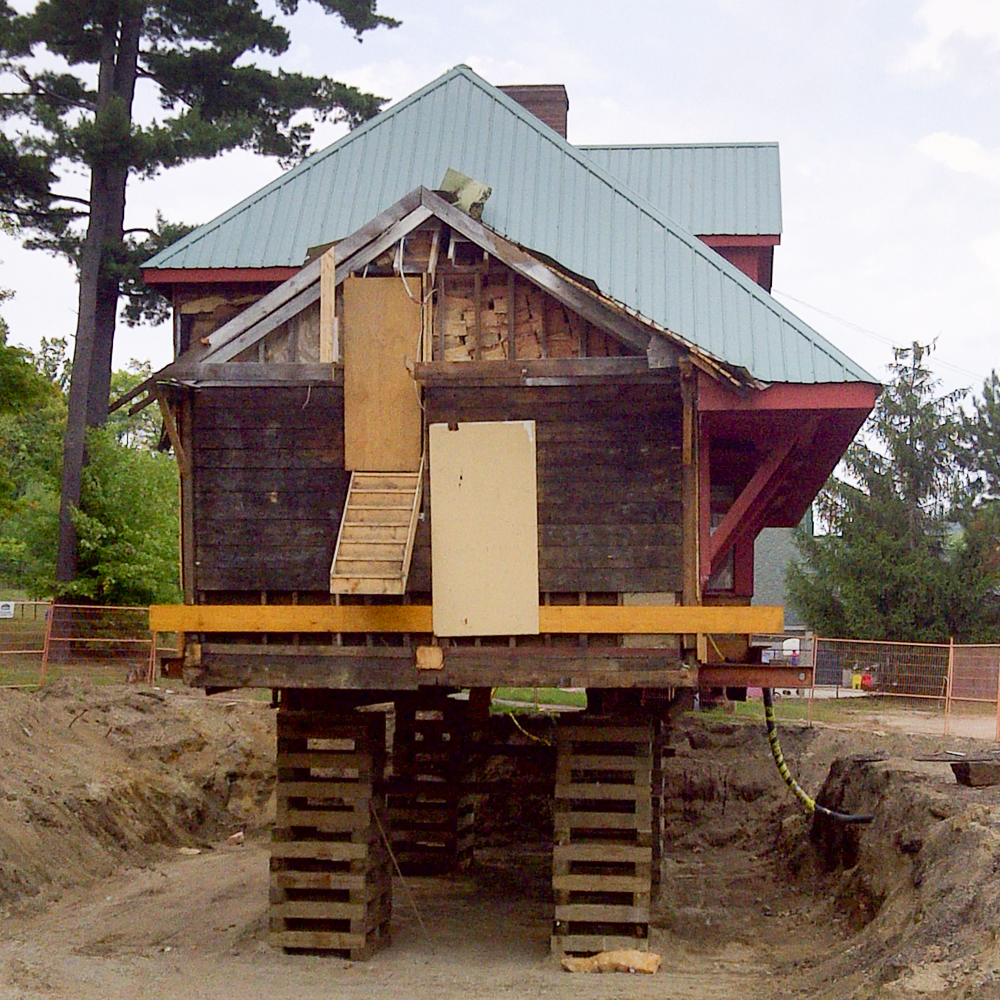 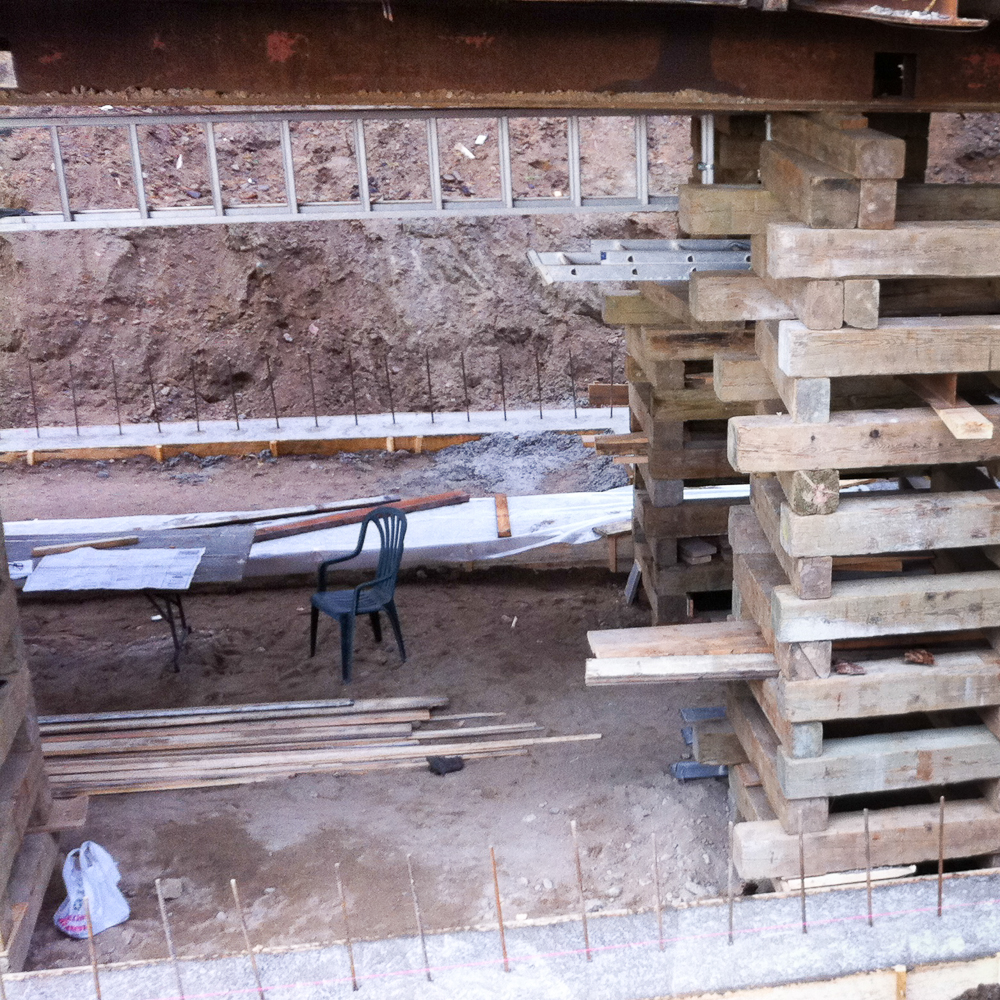 Where would I rather sit at a desk, than under a 19th century train station suspended in the air? (Photo: F. Melanson)

The completed Train Station is beautiful!

The New Bancroft Gem and Mineral Club Mineral Museum
Members of the Bancroft Gem and Mineral Club were instrumental in the Train Station project and the museum project, and part of the construction involved an addition at the southern end of the building, to house the Club’s new museum. The collection on display is the Club’s collection, built through the efforts, fundraising and ongoing contribution of the Club’s members. We’re a small club, but our members are active and contribute their time and efforts generously. If you are a member of the international mineral collecting community and reading this, you may very well know Frank and Wendy Melanson – they were fundamental to the Train Station project and the museum project – this could not have happened without them. Wendy Melanson is the curator of the Club’s collection.
The Mineral Displays
The museum’s regular displays, comprised mainly of the Club’s collection and some individually loaned specimens, features the minerals of the greater “Bancroft Area” (in this case, 150km radius of Bancroft). For mineral collectors, the term “Bancroft Area” has been used informally and inconsistently over the years to refer to a broad region that extends in a radius of perhaps 50-150km from the town of Bancroft itself. The “Bancroft Area” has variously been considered to include parts of the Haliburton Highlands, Algonquin Highlands and Madawaska Highlands. The mineral cabinets are organized by localities and districts within the Bancroft Area, to feature the mineral specimens in a way that is easy to see where they were found.
Inside the main entry, the central display case provides an overview, with a large map of the larger “Bancroft Area” featuring specimens from 90 Bancroft Area localities, all numbered so that it’s easy to see which specimens were found where. 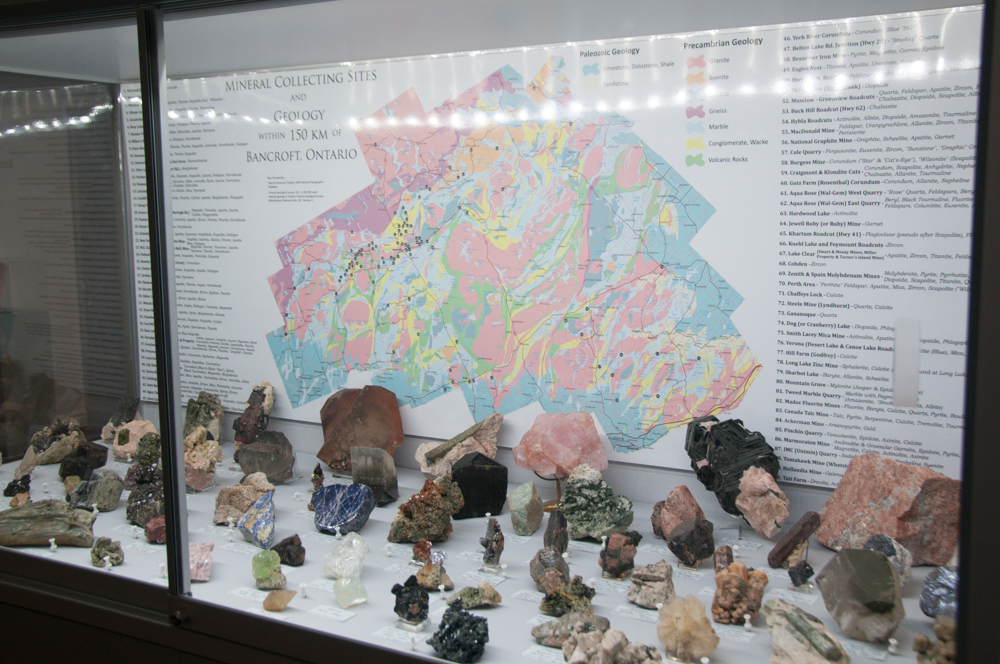 The museum includes cases each dedicated to areas around the Bancroft Area, and some dedicated cases for major individual localities. 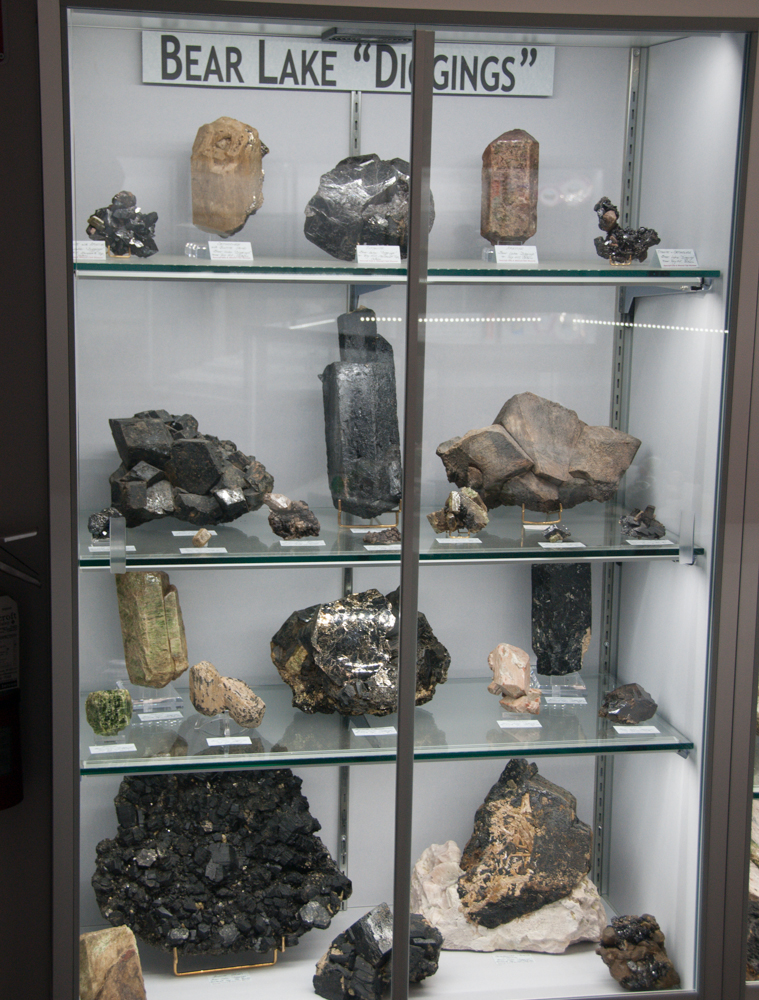 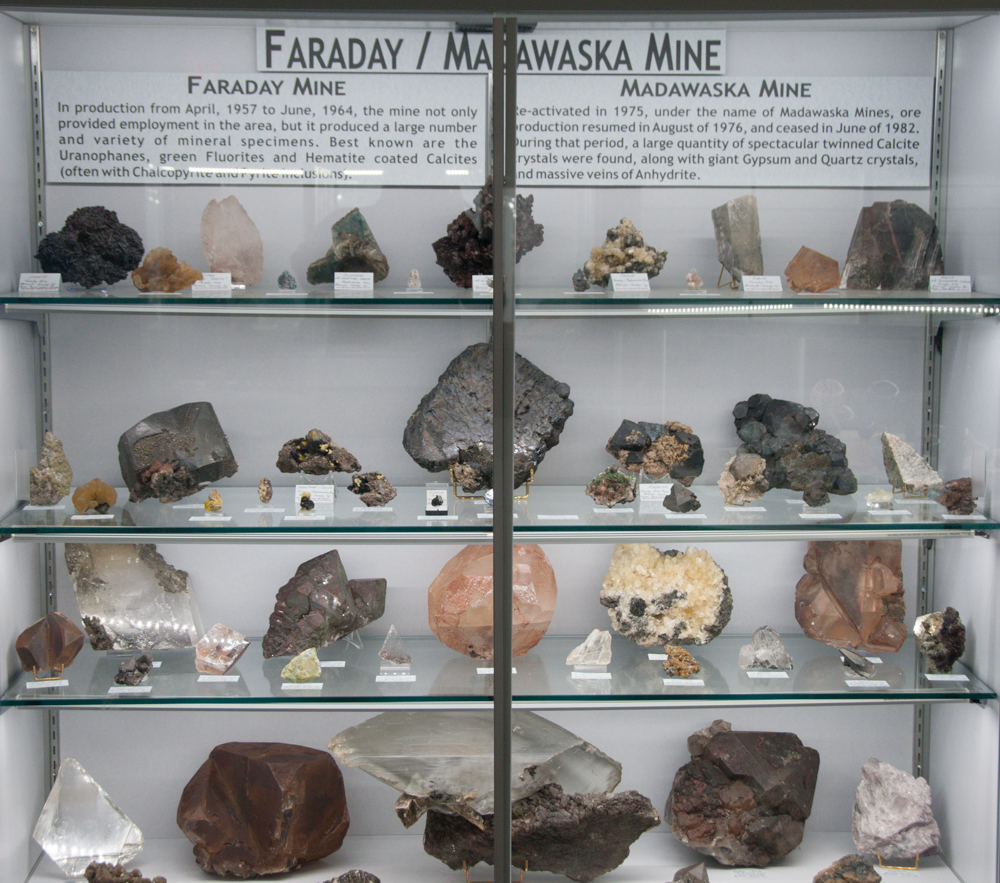 The Faraday/Madawaska Mine was Bancroft’s most famous locality – in its day, it produced fine specimens of many minerals – some huge ones here too.

Speaking of the Faraday Mine, of all the displays in the museum, one of my favourites is in the next photo. In the days before 3-D computer modelling of underground deposits and mines, one way of modelling deposits was the use of a wooden box frame, with plates of glass with hand-drawn graphics representing the workings and mineralization on each level.  This is the original such model from the Faraday Mine offices. 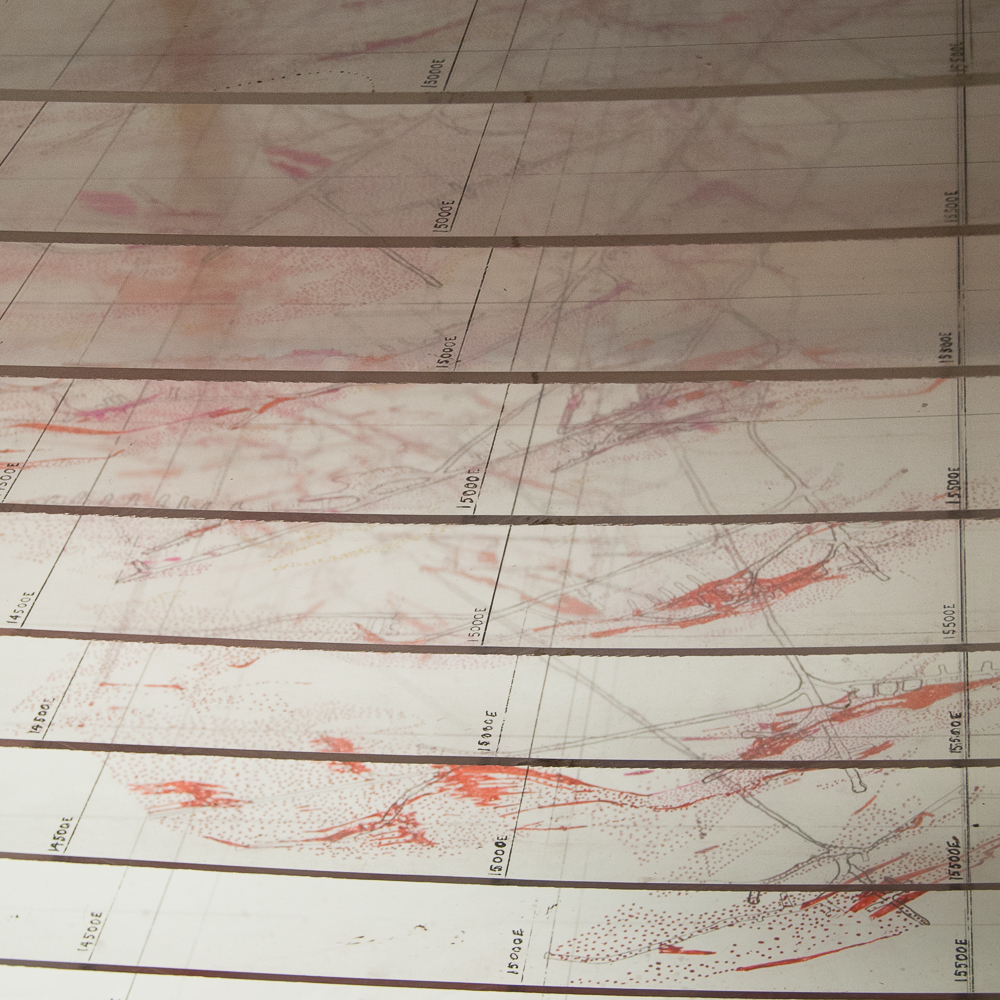 I am not going to spoil what is waiting for you here when you come to visit Bancroft. But here is a quick teaser from the multitude of specimens you can see in person when you come to the Museum. The collection contains some remarkable specimens, including some true Canadian classics from the Bancroft Area – if you want to see the fluorapatites, titanites and others, come!

Zircon is one of the coolest minerals found in excellent specimens in the Bancroft Area. Here are two – the first is about as classic as a Canadian locality gets, and the other is an entirely obscure old mine from which specimens are rare. 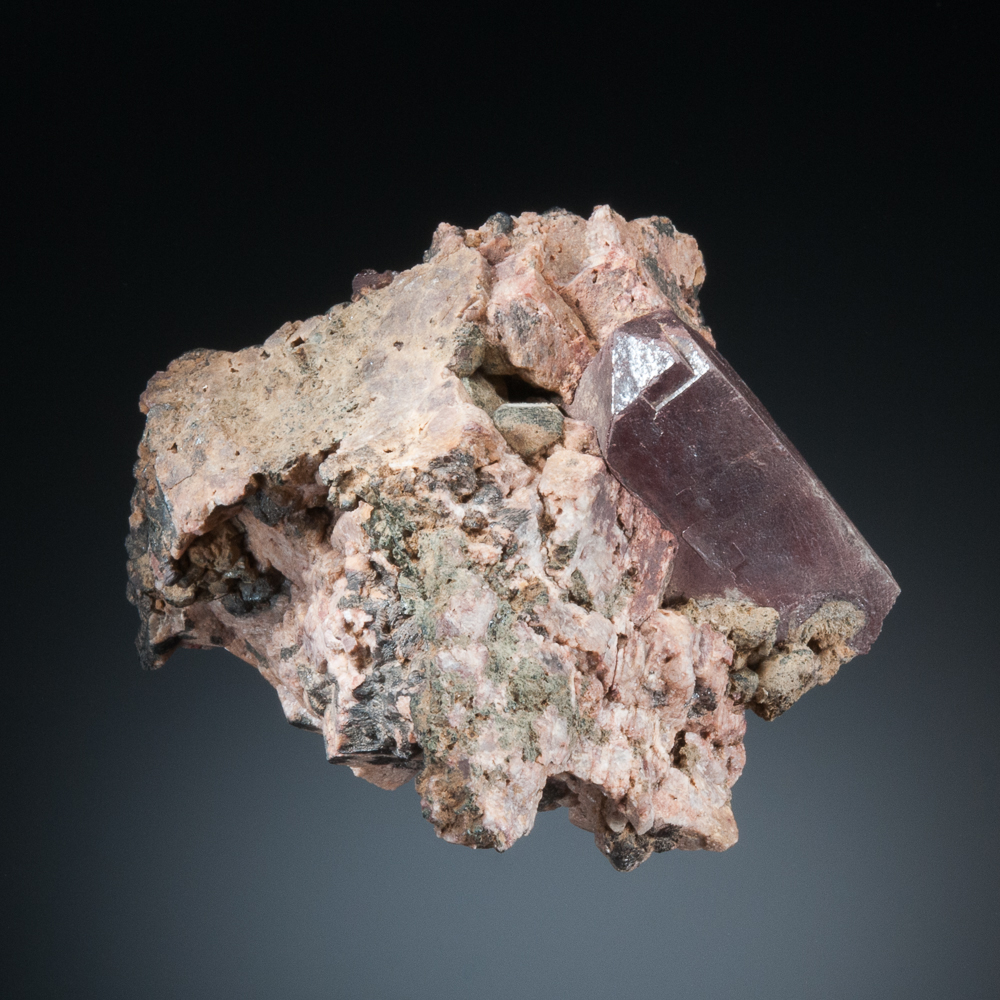 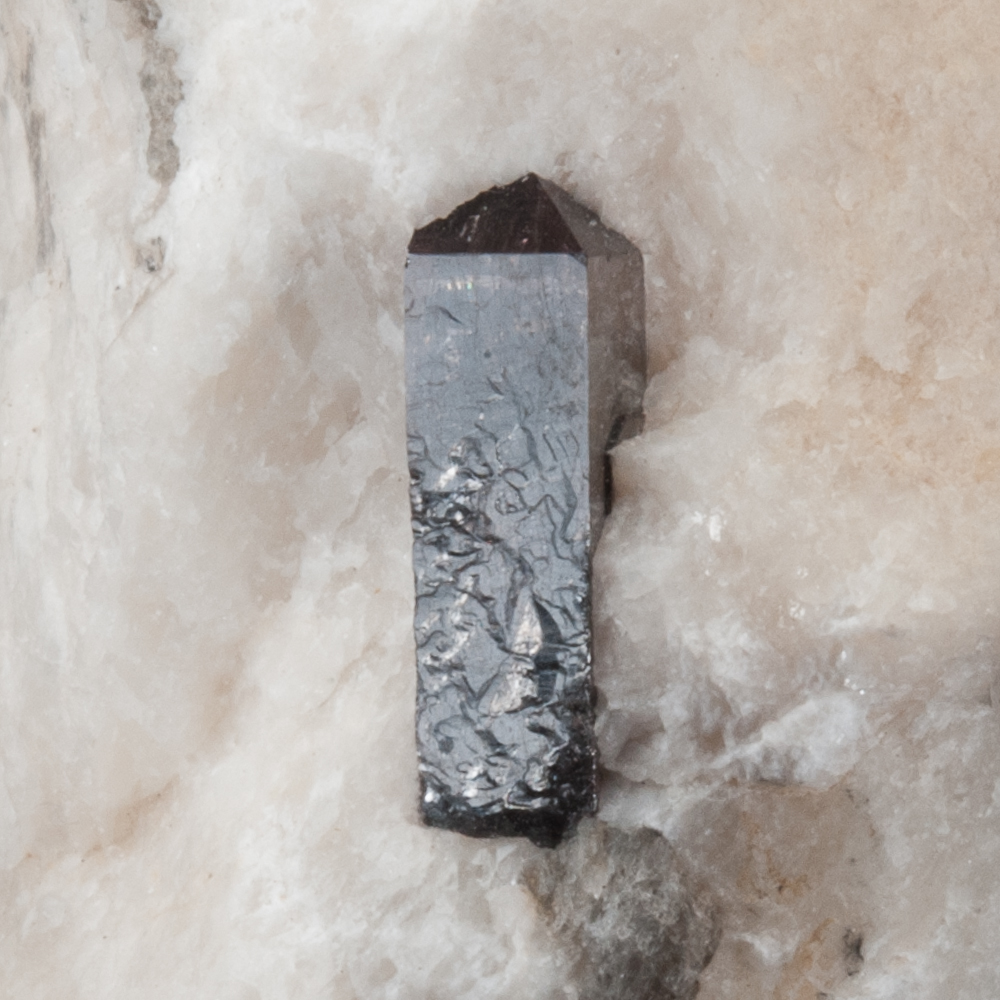 The Silver Crater Mine has long been known as one of the world’s premier localities for good crystals of betafite. The betafite crystals occur in calcite, and owing to their nature, the calcite is usually very weak around them – good matrix specimens are very scarce. 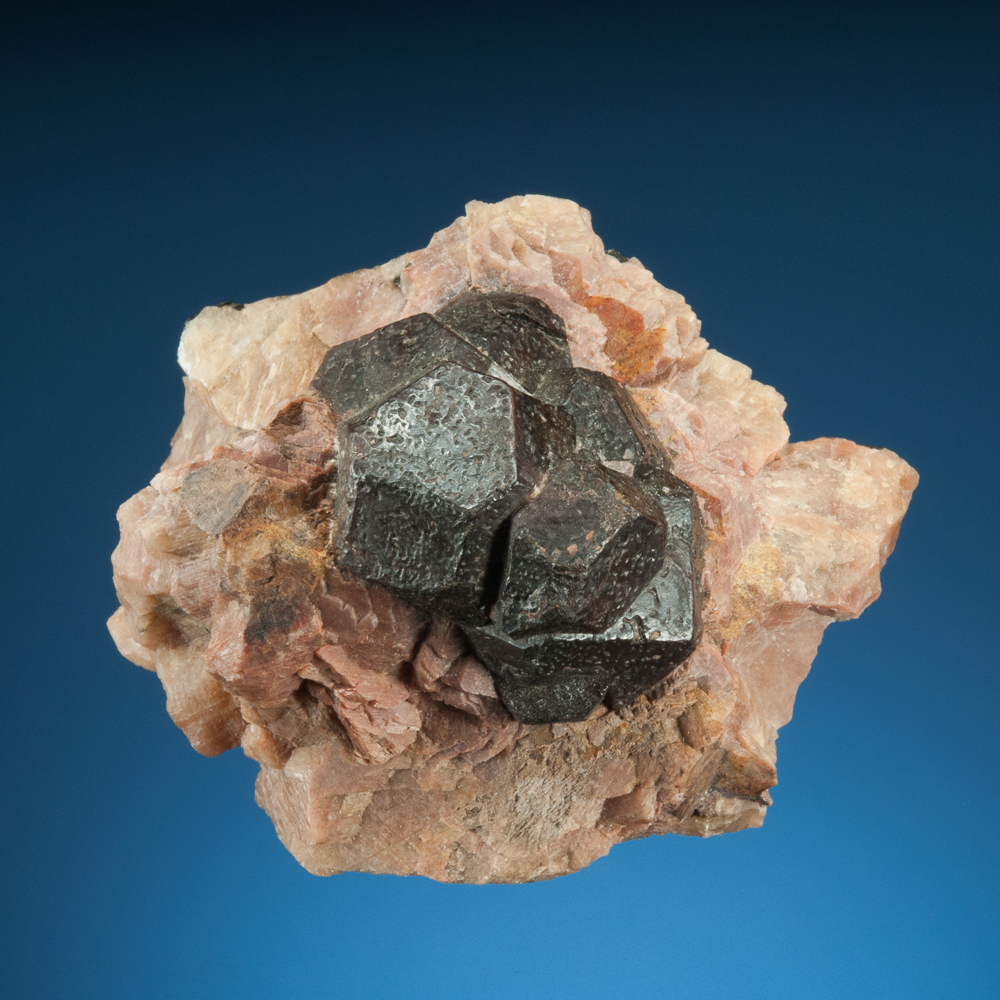 The Faraday Mine produced excellent specimens of many minerals. Although it is perhaps best known for the large complex calcite twins and also for radiating sprays of bright yellow uranophane crystals, other minerals of note include sharp clear datolite crystals and beautiful vivid green fluorite crystals. 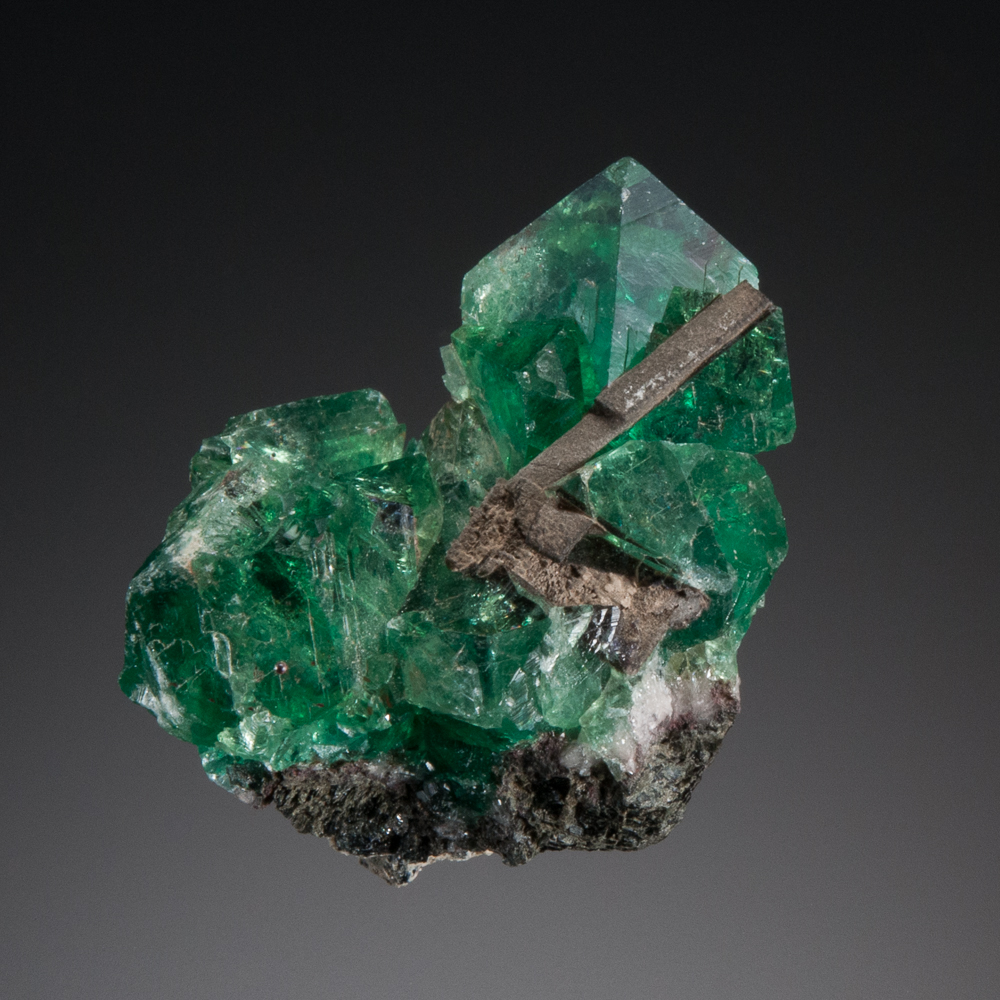 A bit further afield, to the south of Bancroft are the historic fluorite mines in the vicinity of the town of Madoc. These produced spectacular fluorite crystals and occasionally beautiful specimens of barite. If this piece looks familiar, it is photographed in the Ontario issue of the Mineralogical Record (Vol 13, No. 2 (1982), p. 89. 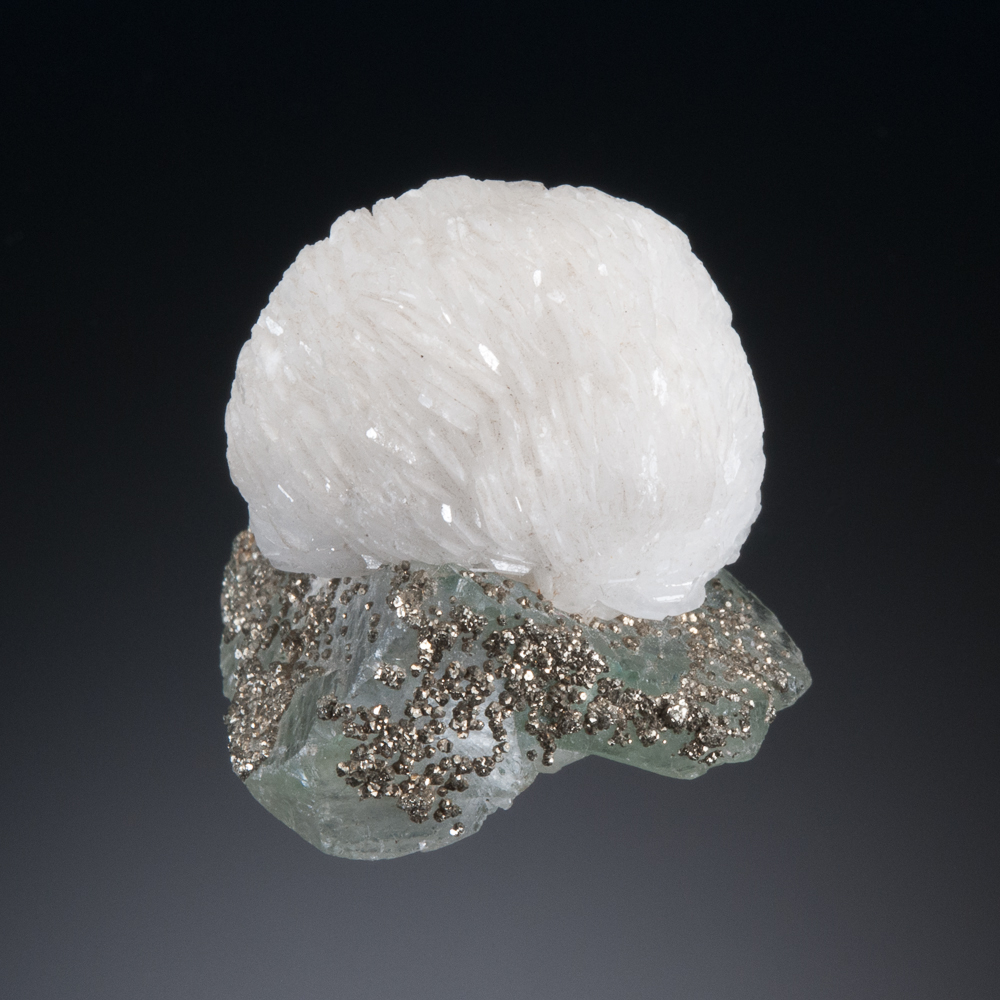 Barite on Pyrite-coated Fluorite, believed to be from the Bailey Mine, Madoc Township, Hastings Co., Ontario – 3.2 cm. On loan from the collection of Frank and Wendy Melanson.

Guest Exhibit Cases
The museum includes display cases for special guest exhibits, which will change over time. Right now we have two superb cases from Club members. We have Minerals of Ontario, from the collection of George Thompson, of Stirling, Ontario. George is a dedicated and talented field collector and many of the specimens were personally collected by him. This is an excellent display! 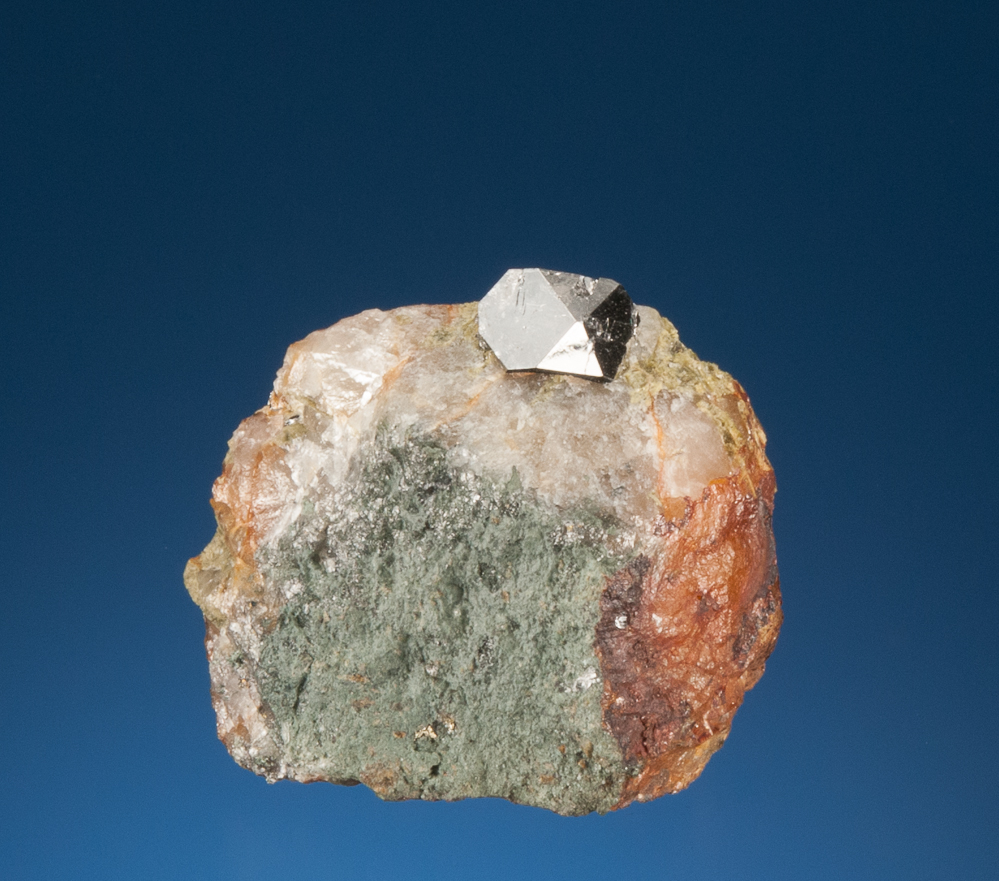 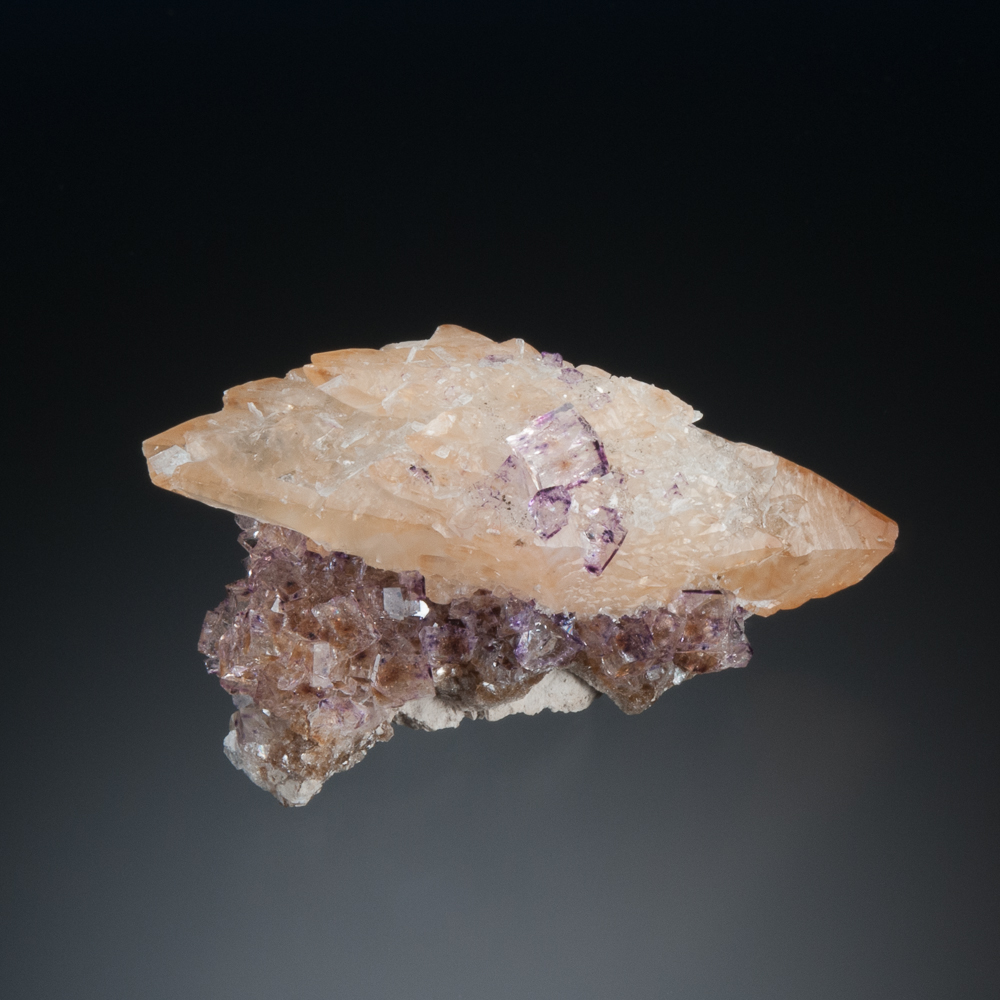 The second guest exhibit is Canadian Gemstones from the collection of Robert and Brenda Beckett, of Whitchurch-Stouffville, Ontario. Spectacular cut stones of minerals one does not normally see – amazing collection. 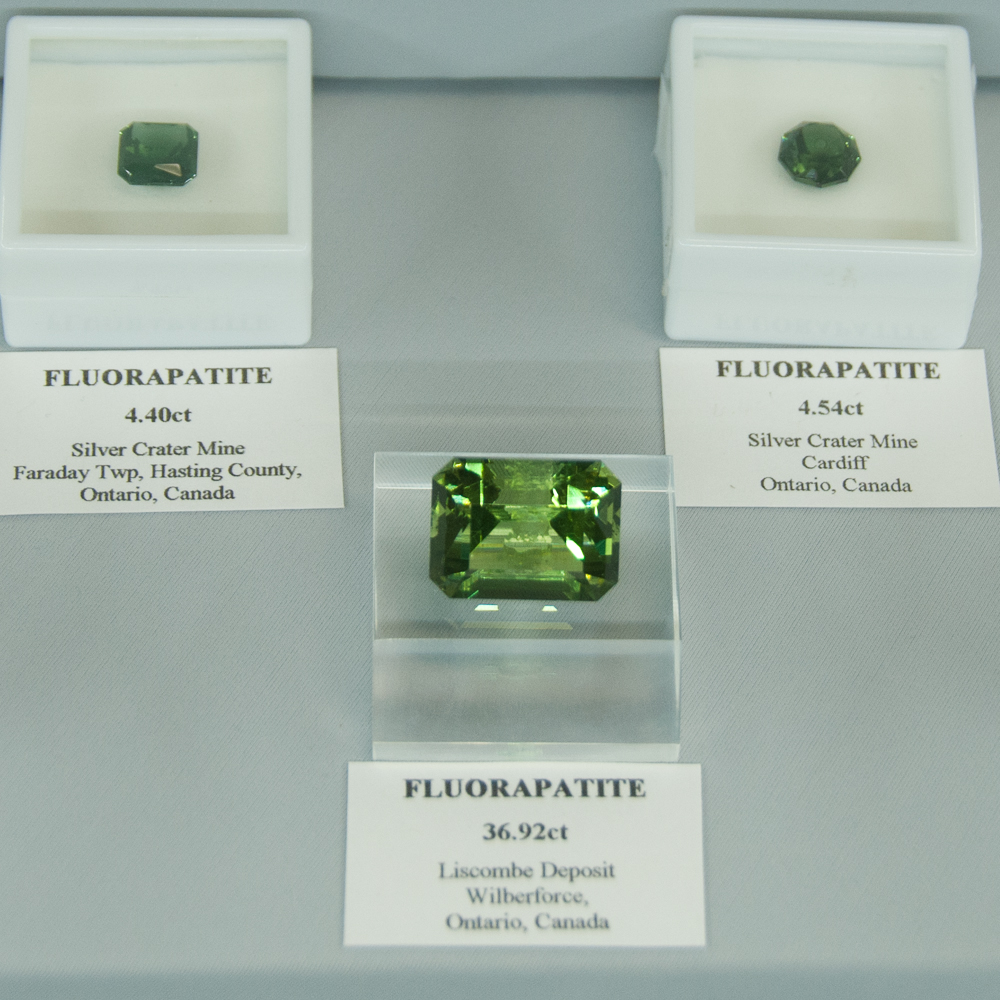 Fluorapatite from localities in the Bancroft Area, Robert and Brenda Beckett Collection

Cool Displays for All Ages
The Museum has a life-sized underground mining scene and a brand-new display of fluorescent minerals – these are neat for everyone (even those who just want to see if their clothes glow under ultraviolet lighting…)
And for those who love mining and history, there are great artifacts from Bancroft Area mines.
Museum Information
The Museum hours are Monday through Saturday 9:00 am – 5:00 pm, Sunday 9:00 am – 2:00 pm.
The Museum welcomes visits by university groups, public school groups, clubs and other groups. If you would like to make arrangements, you can contact Wendy at 1-888-443-9999 or by e-mail at wfmelanson@sympatico.ca.
The Club’s collection is growing and developing, and the special exhibits will change periodically, so you never know what will be new, next time you visit!