You may know that before my life as a mineral dealer, I was a corporate/securities lawyer on Bay Street (Canada’s Wall Street). For my entire 18-year career, I was with top Canadian firm, Stikeman Elliott LLP, and for most of that time I worked in the mining industry.
Each year at the beginning of March, Toronto hosts the world’s largest mining industry conference – the PDAC (Prospectors’ and Developers’ Association of Canada) Convention. We all just call the event “PDAC”. PDAC is centred at Toronto’s large downtown convention centre, with other events around the city’s downtown core. 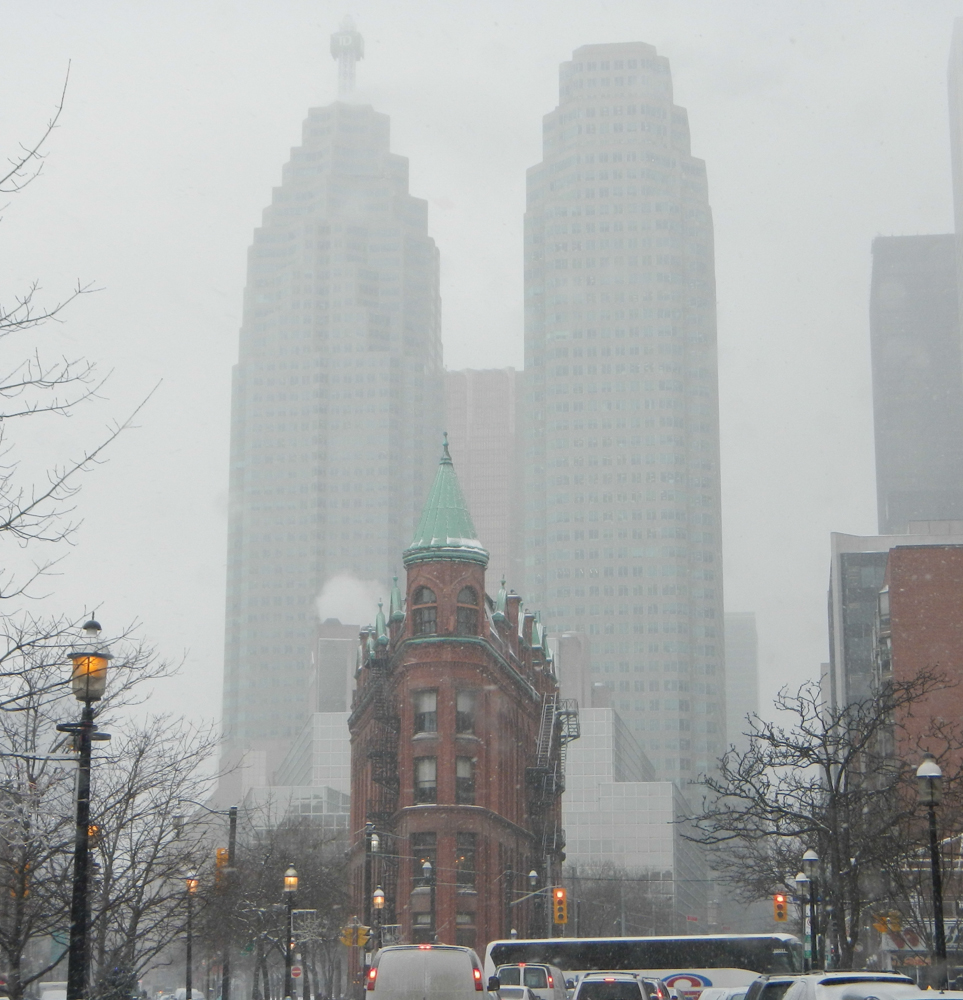 Every March during PDAC, Stikeman Elliott’s Global Mining Group hosts a dinner as a thank you to the firm’s clients. In the event’s early years (when the world’s mining industry was in a low after the Bre-X scandal) our dinner was a bit smaller. Over the years the Stikeman Elliott dinner soon became an important event of PDAC week – invitations are prized! The evening is always hosted at one of Toronto’s top dining establishments.
This year, my former partners at Stikeman invited me to set up mineral displays for the dinner. Most were McDougall Minerals specimens, and there were a few in the front displays from my own collection as well. Of course it was great to be back and seeing everyone, and also fun to spend a night with great minerals under the lights! 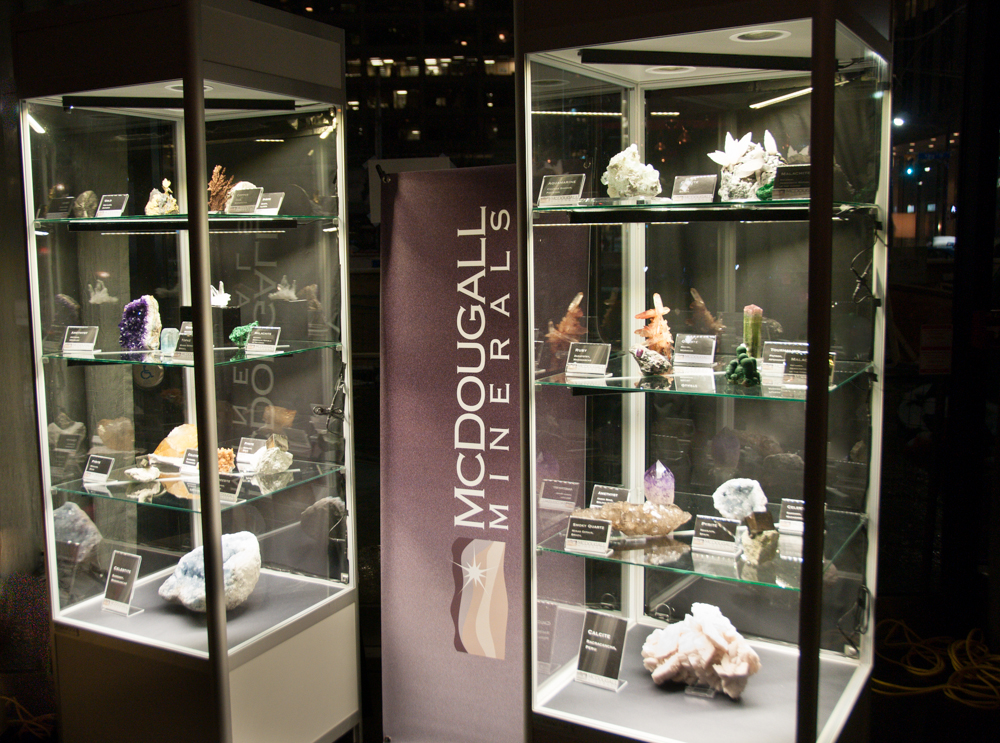 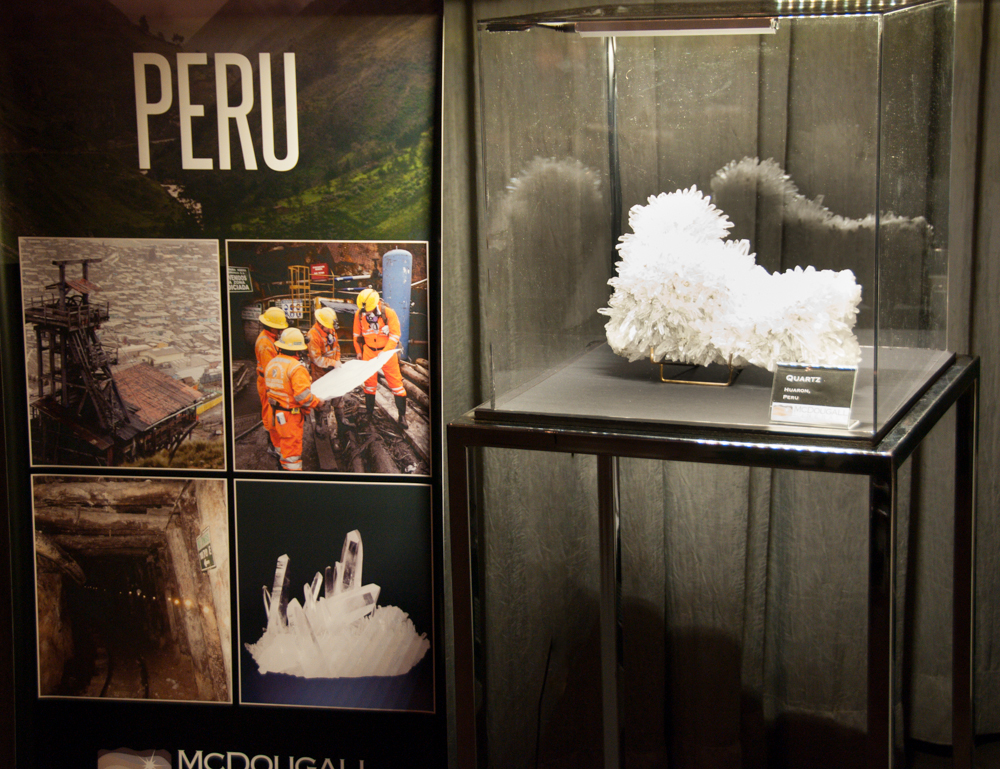 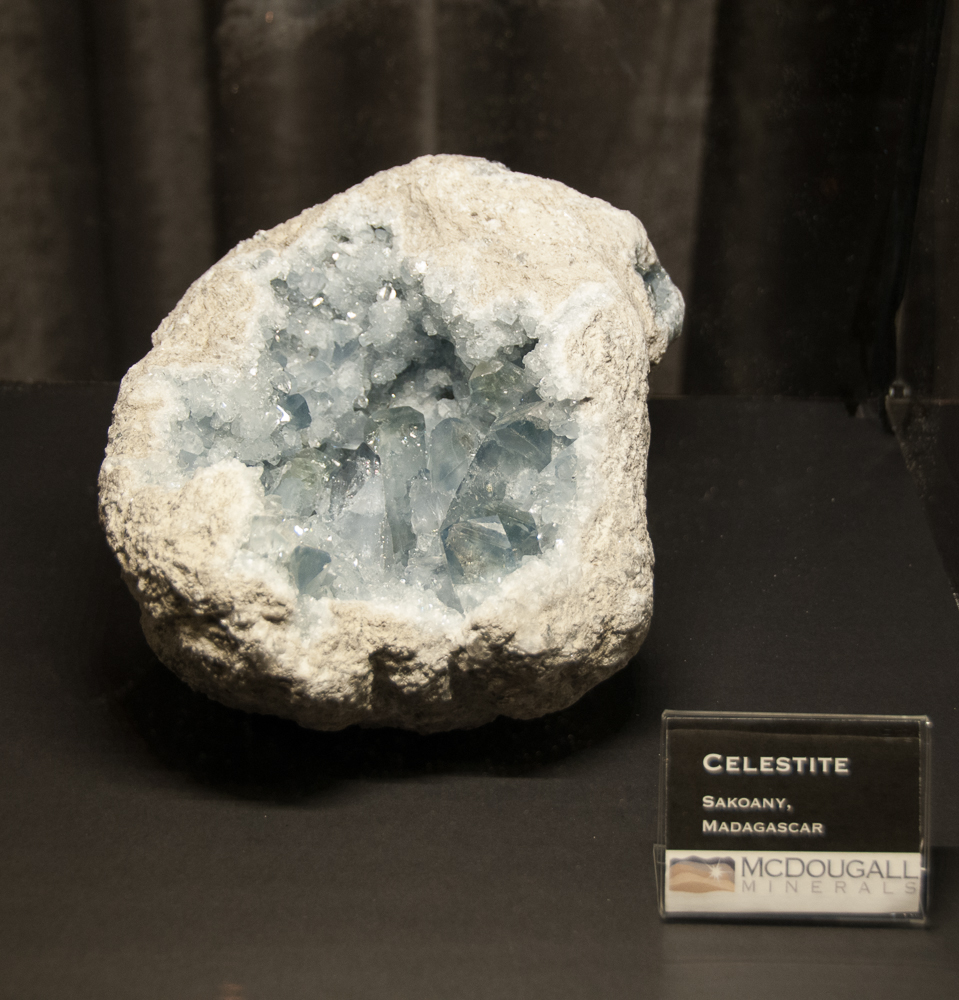 Gorgeous celestite from Sakoany, Madagascar – (27 cm, with crystals to over 6 cm) 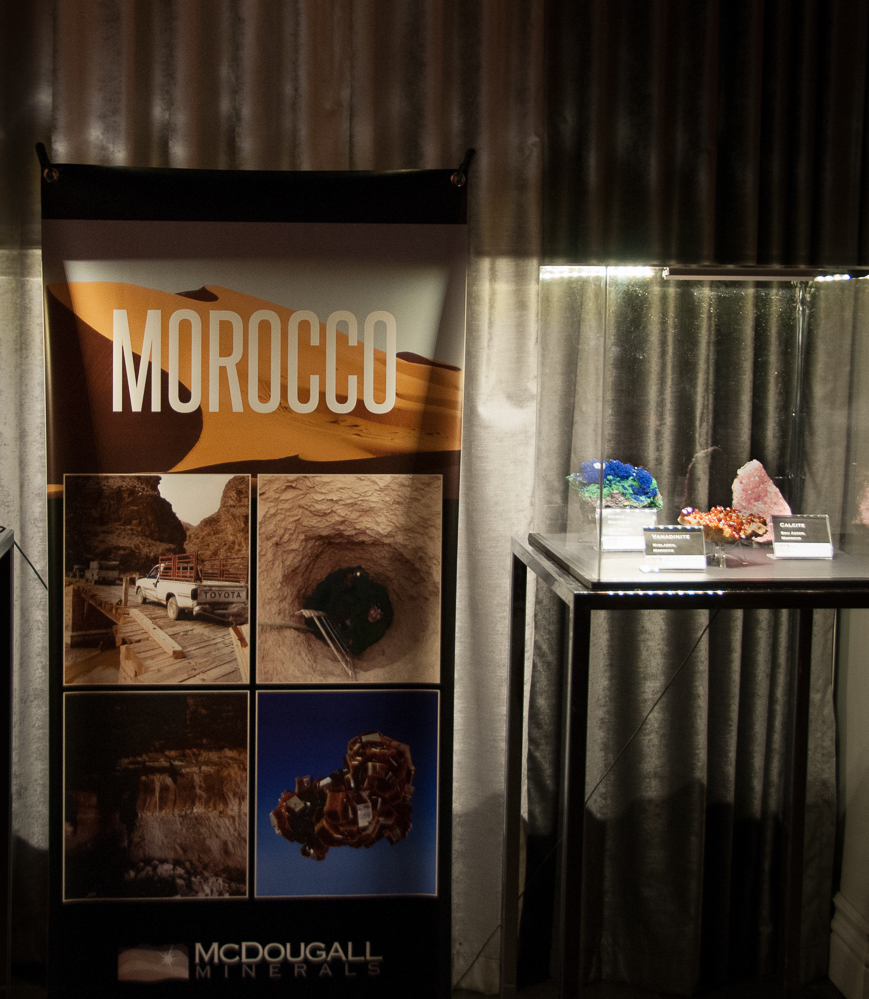 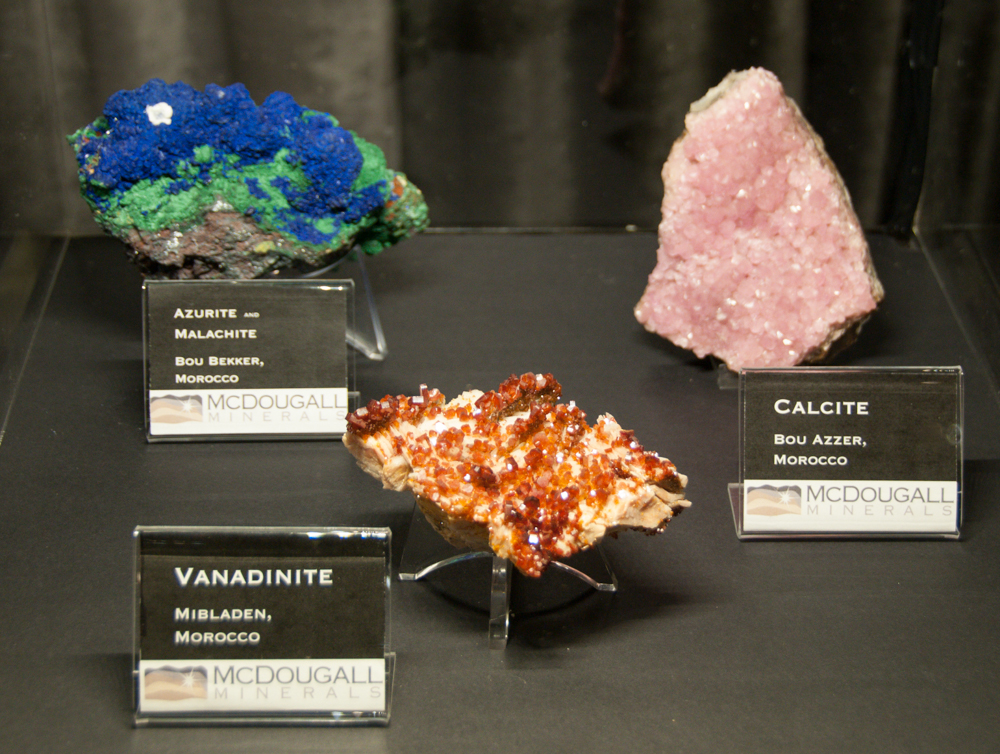 You might wonder why we invite people from warmer places around the world to come to freeze in the snow at a conference in Toronto during the first week of March. We admit it, the start of March is really not our time to shine.
It’s interesting – this is exactly the reason PDAC is in March. During the early days of Ontario’s mining industry, prospectors and miners would gather in Toronto in early March, because there is definitely no way to prospect in Ontario’s mining country at this time of year (as I write, it’s -20 C outside with almost 60 cm of snow on the ground, and Bancroft is a long way south of where people were prospecting in those days). It was the perfect time to get together at the bar of the Royal York Hotel in Toronto and swap tales of mineral greatness from the north country. That was over 75 years ago, and the tradition continues, on its modern grand scale, every March.
Many thanks to Stikeman Elliott and the Global Mining Group for the invitation and the great evening!