I’ve posted Indian specimens from the personal collection of Rock Currier in this new update – Rock Currier, India (click here).
Rock Currier was a remarkable person and highly influential force in the world of mineral collecting for decades. Beginning in the early 1970s, he travelled the world in search of mineral specimens and he was a pioneering mineral dealer in many countries. He grew his mineral business while at the same time building an impressive personal mineral collection. Rock was also a manager of – and a prolific contributor to – mindat.org, sharing his knowledge and expertise with the mineral community worldwide.
After Rock had begun his company (named Jewel Tunnel Imports, after the famous British railway “Jewel Tunnel” on the route from Mumbai to Pune, cutting through the zeolite “jewel” pockets), he travelled to India for mineral specimens. Over the years, he acquired and sold large volumes of Indian specimens, and he kept a few for his collection along the way.
Rock’s first trip to India was in 1972. The specimens in this update are just a few from Rock’s personal India collection and most date to the early years of his dealing in Indian minerals. Rock was a conscientious keeper of labels and information, such that all of his collection specimens were labeled with as much information as he had about them and they all bear catalogue numbers. Many also include a tiny label with the information affixed right to the specimen. Rock also wrote additionally about each specimen, and many typed specimen labels include this information.
This update includes beautiful specimens from India, many of which are from his early days buying and collecting there. Here are a few: 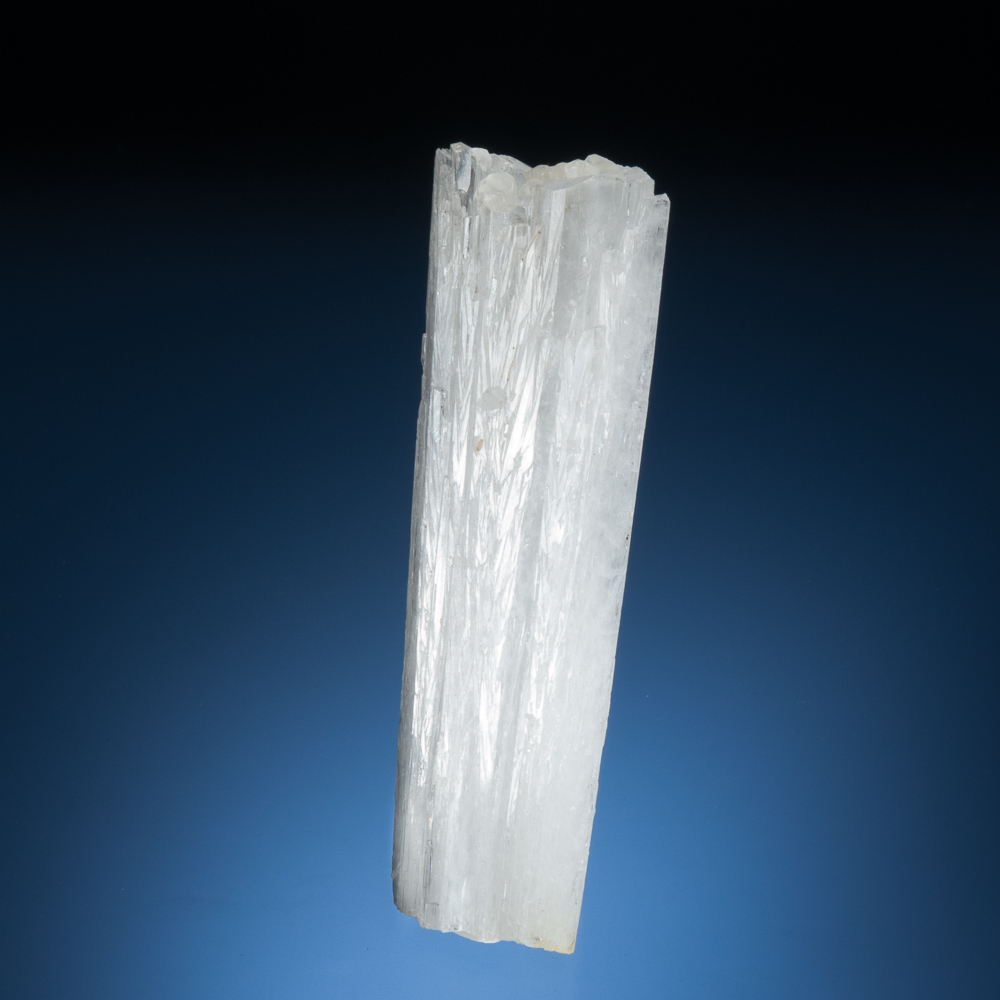 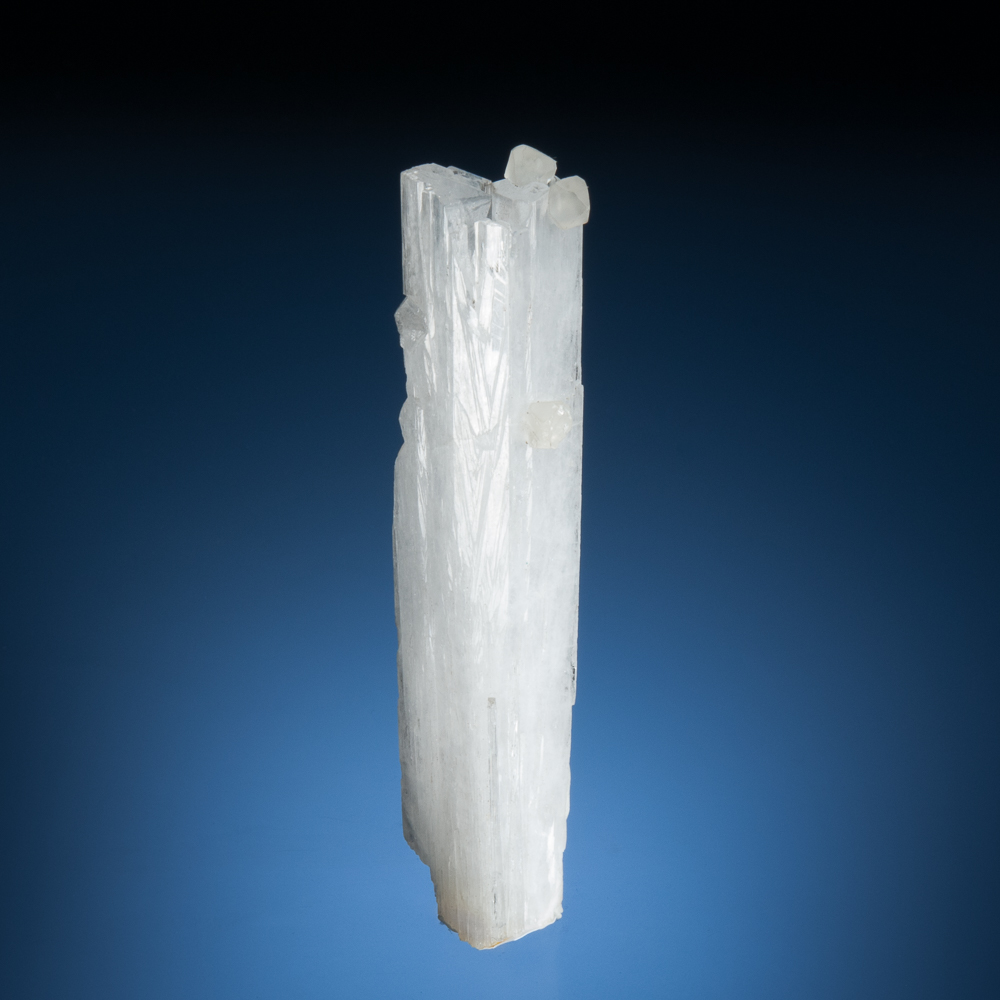 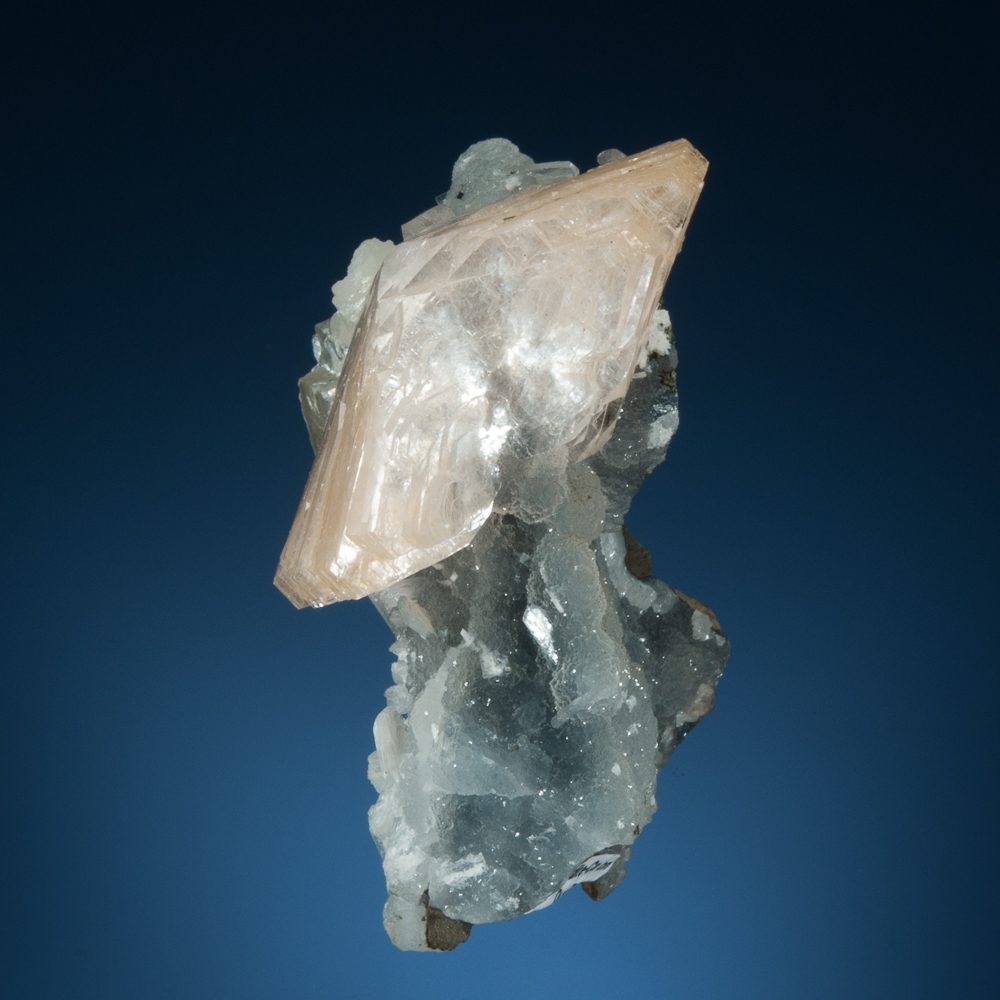 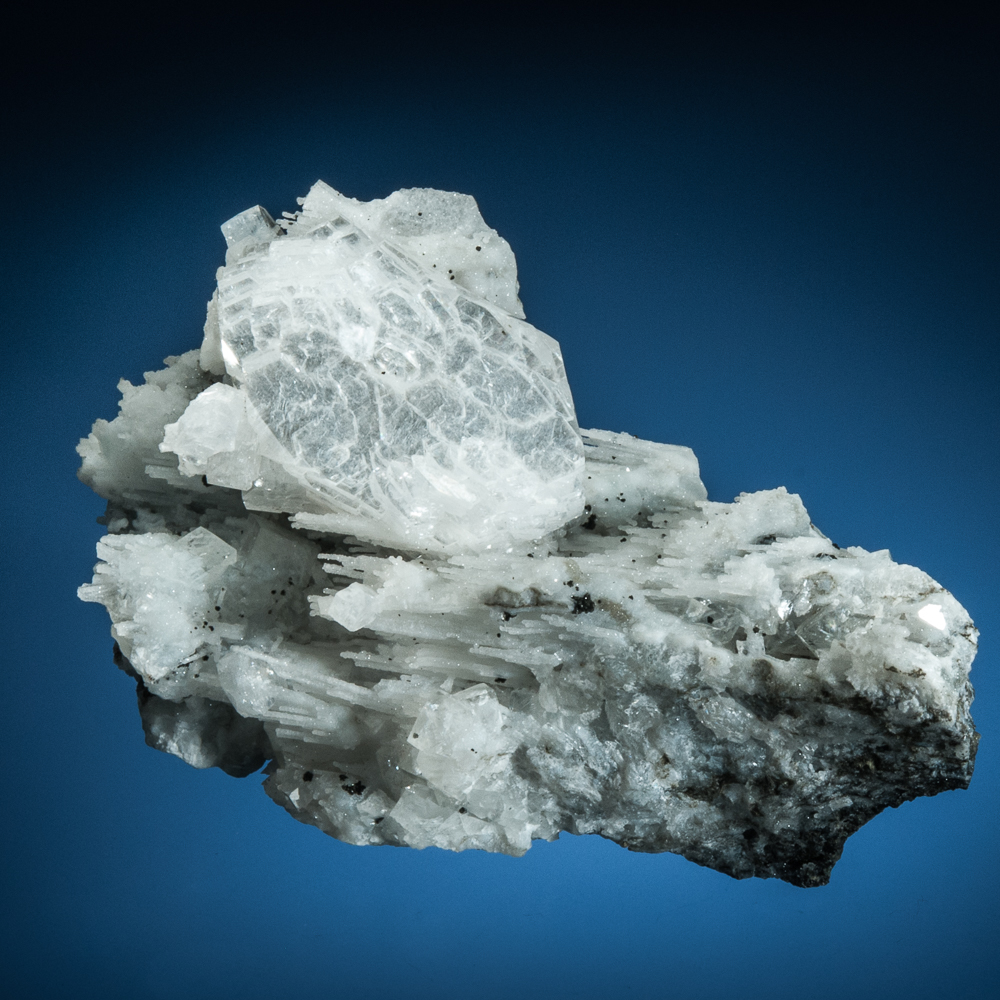 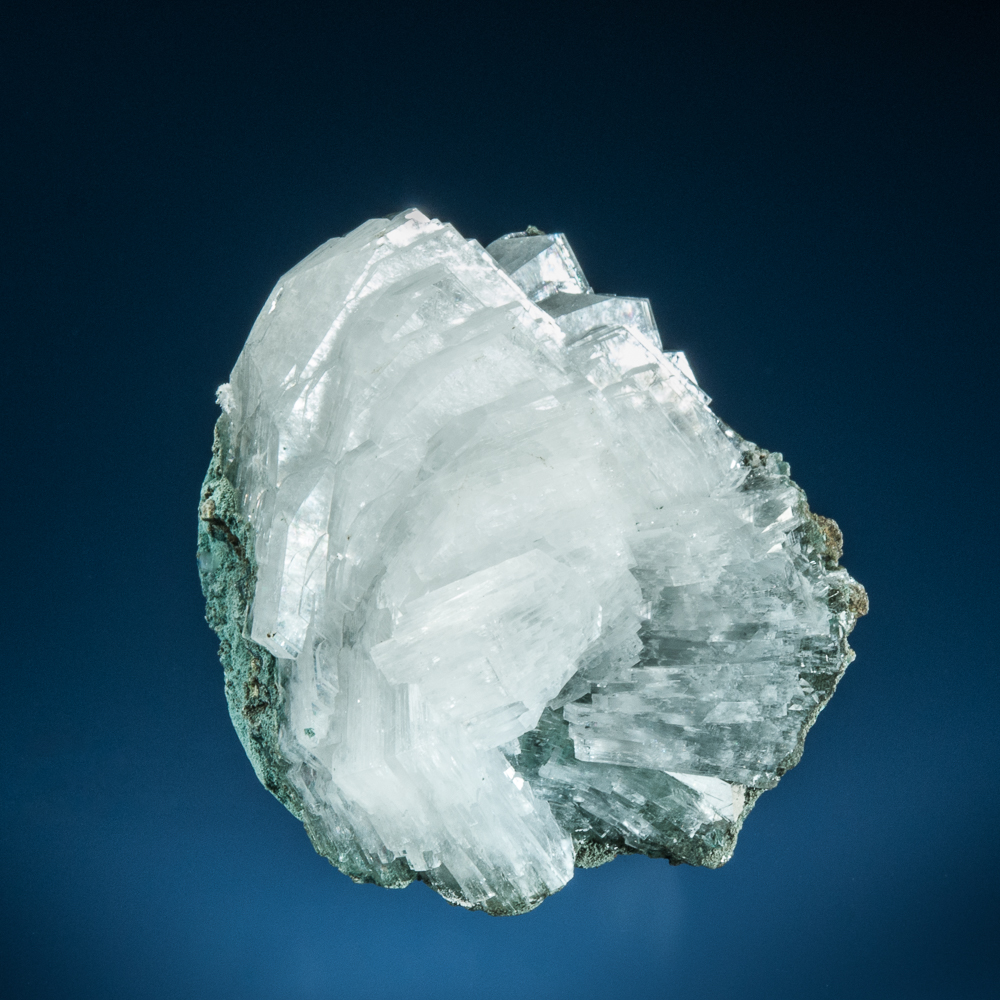 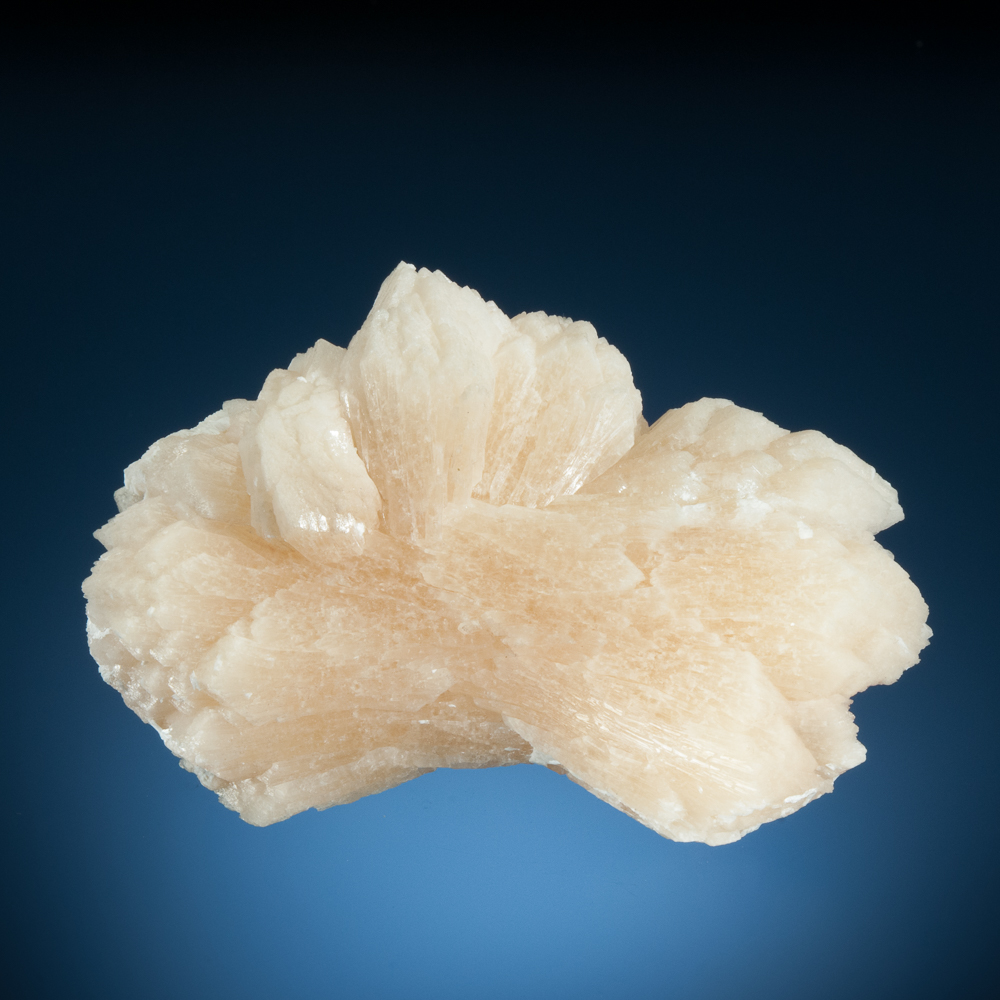 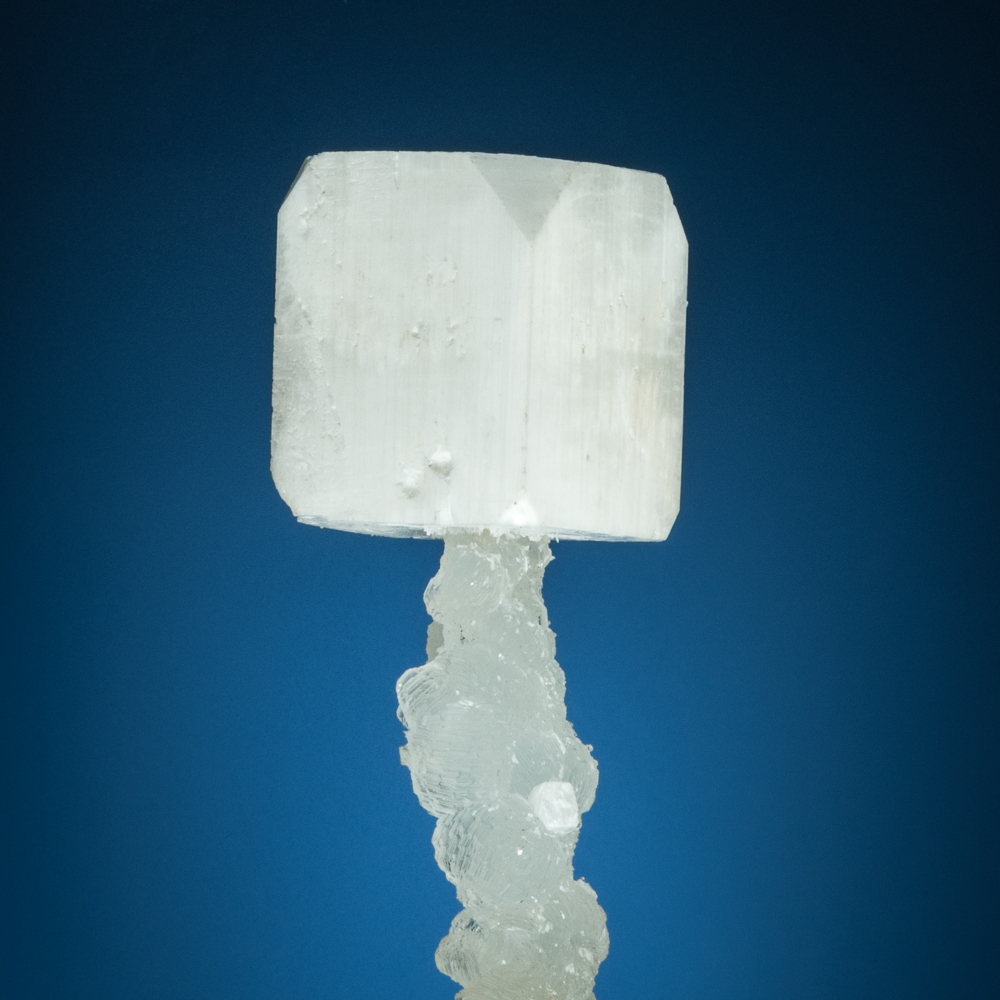 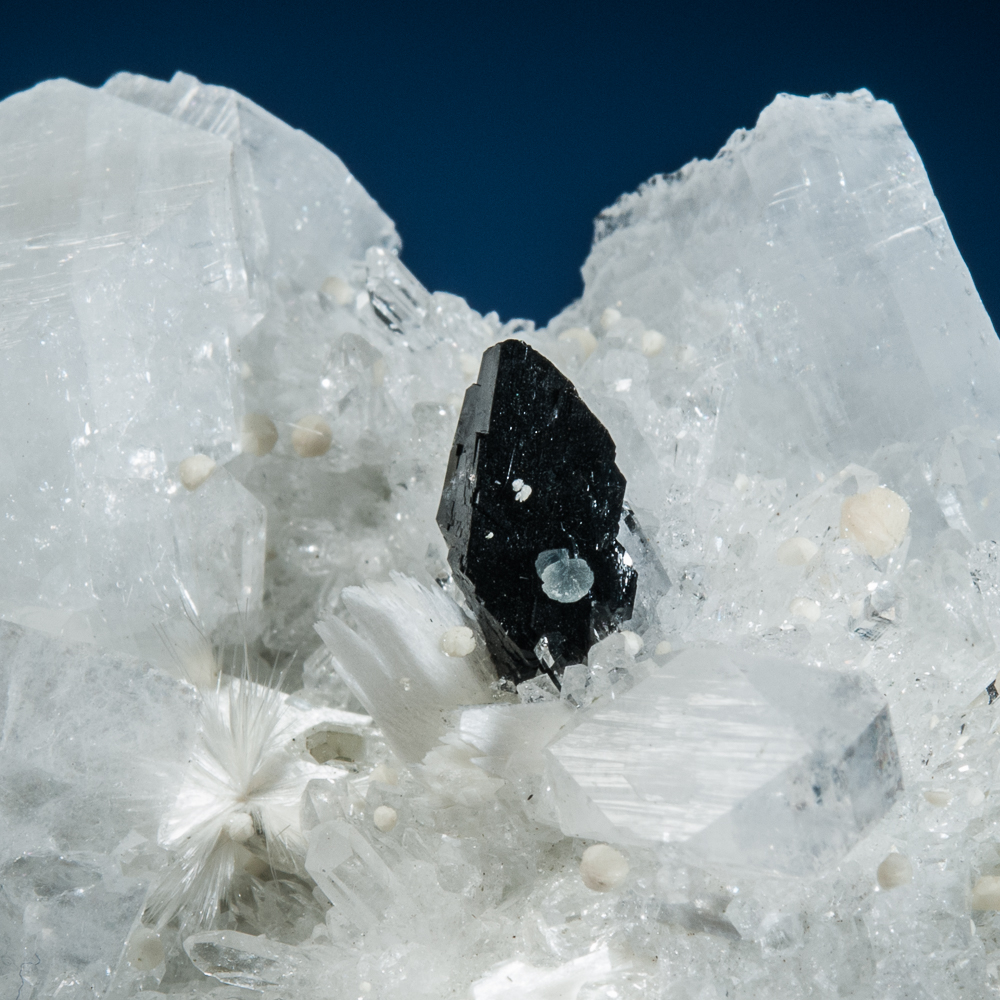 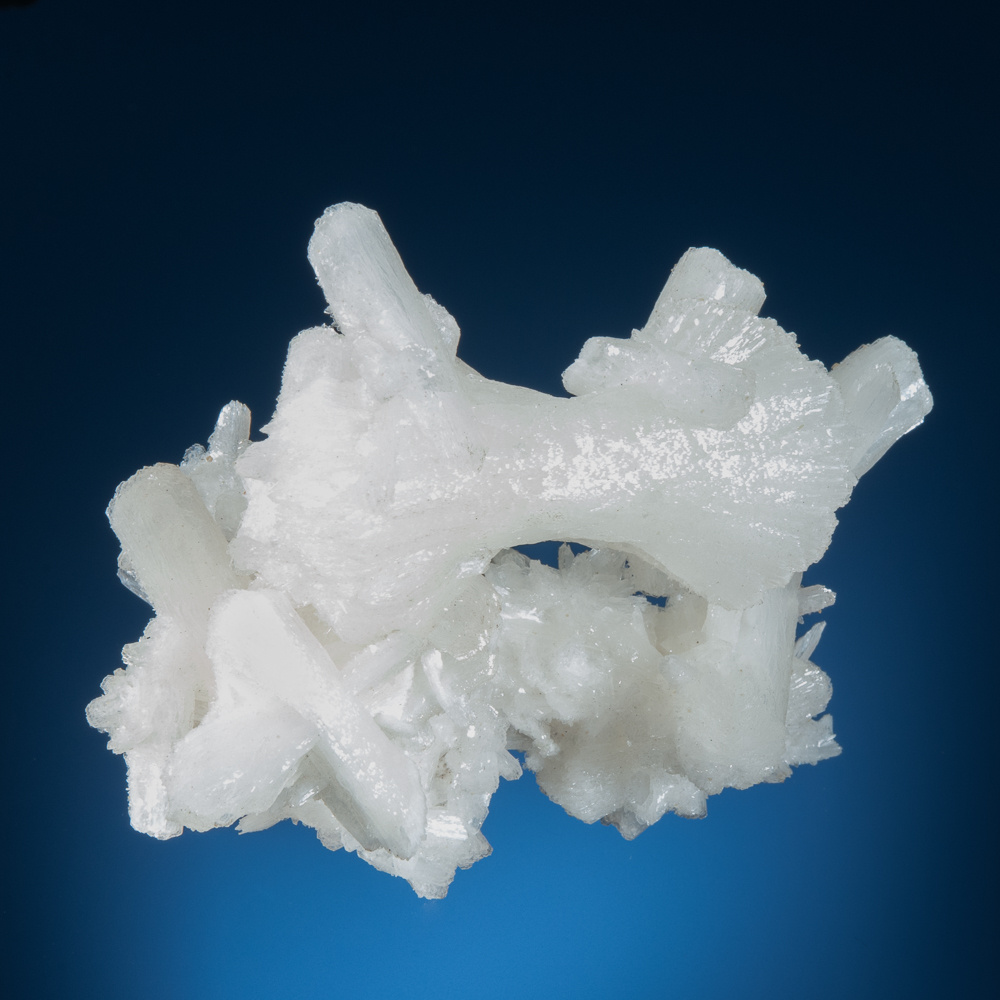 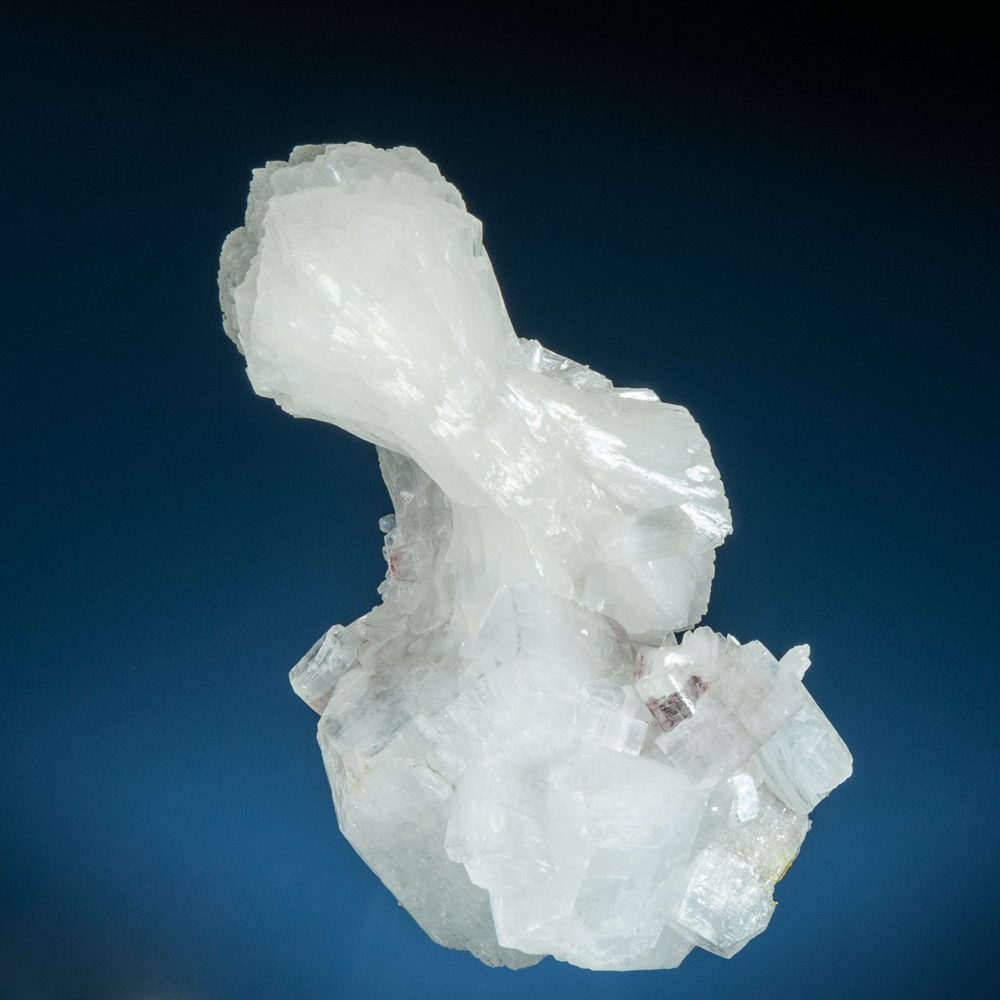 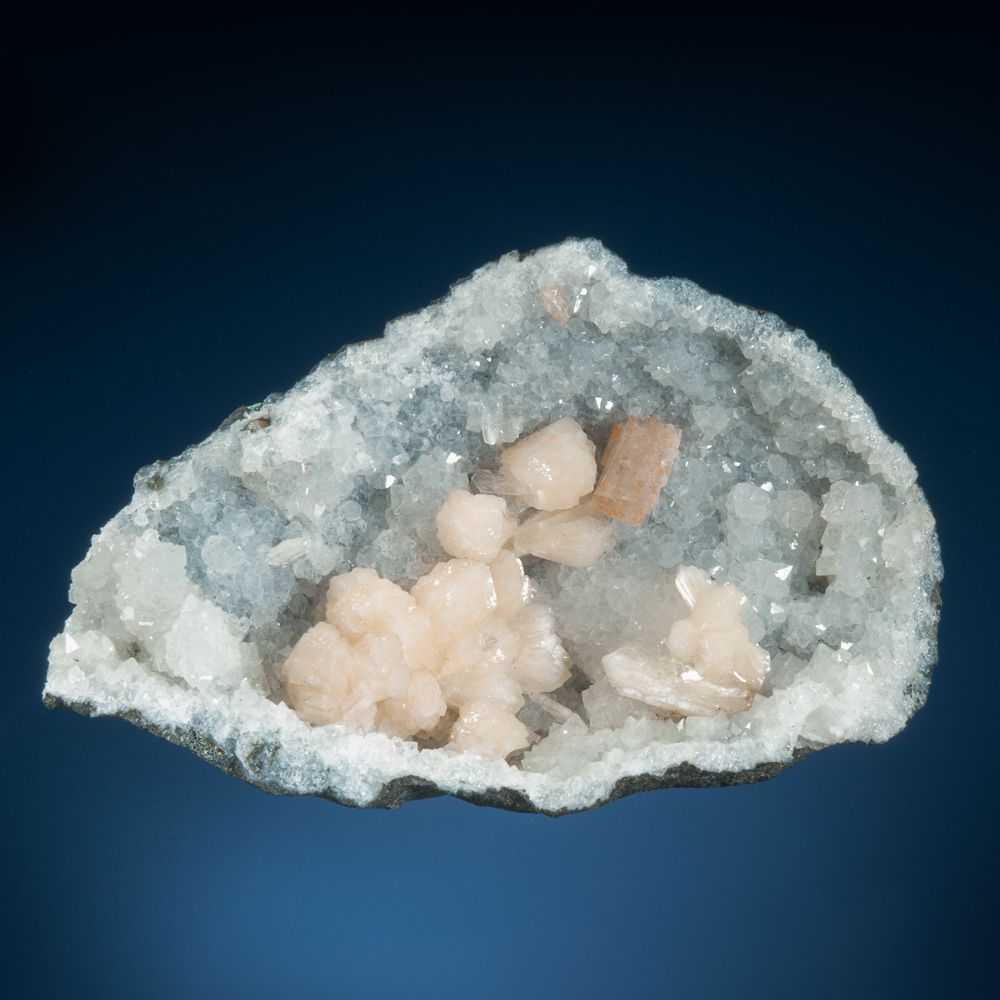 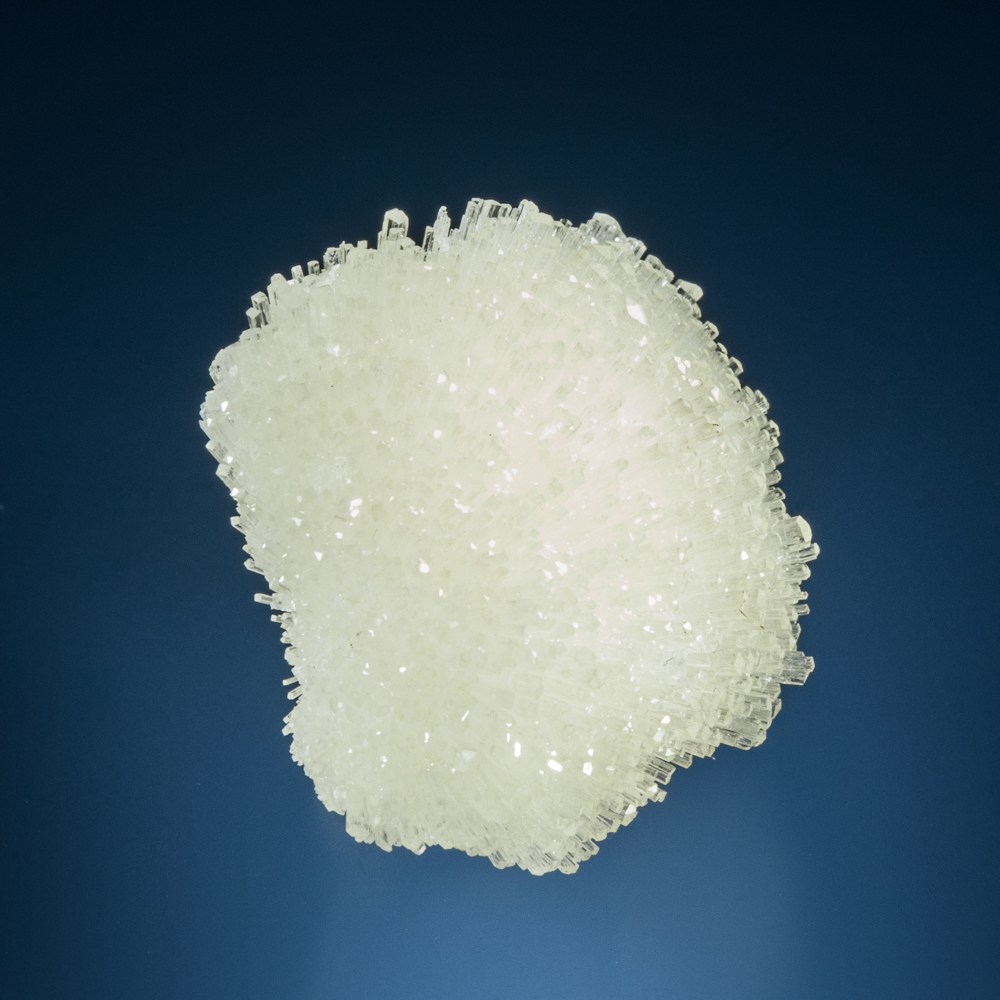 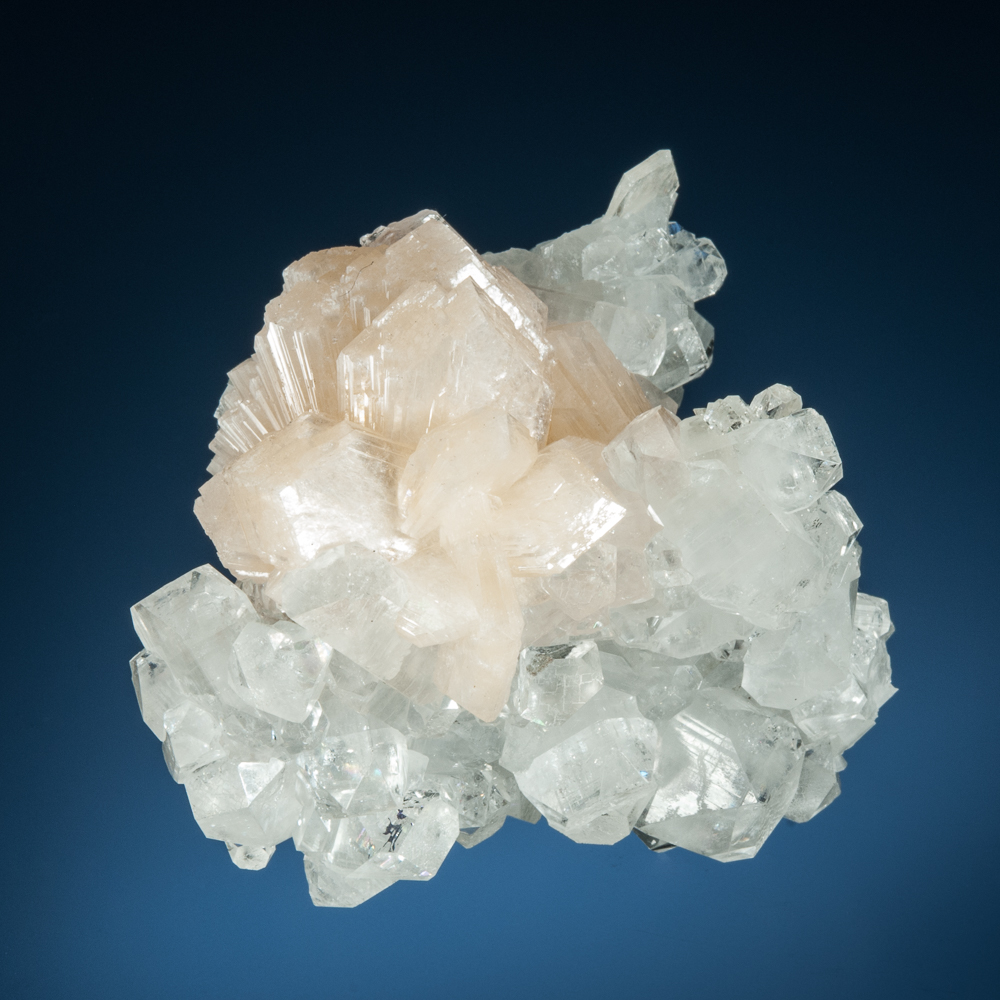 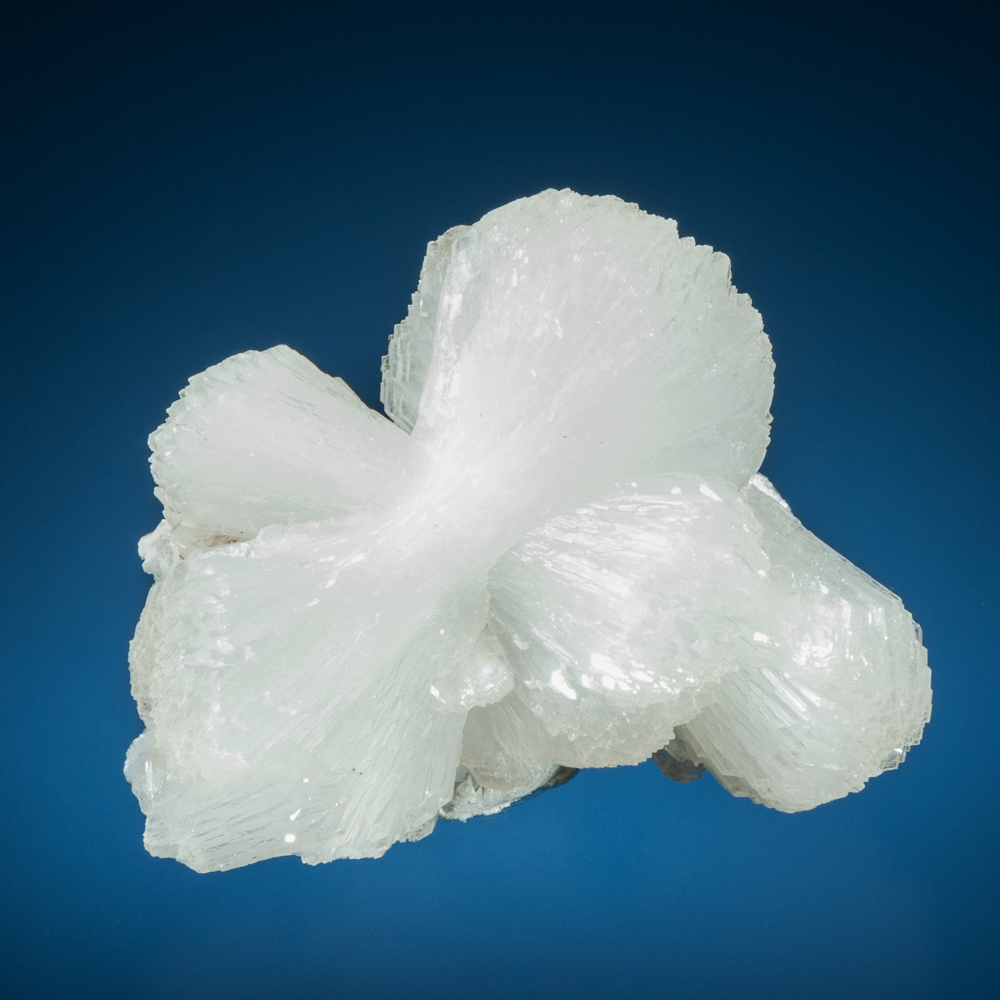 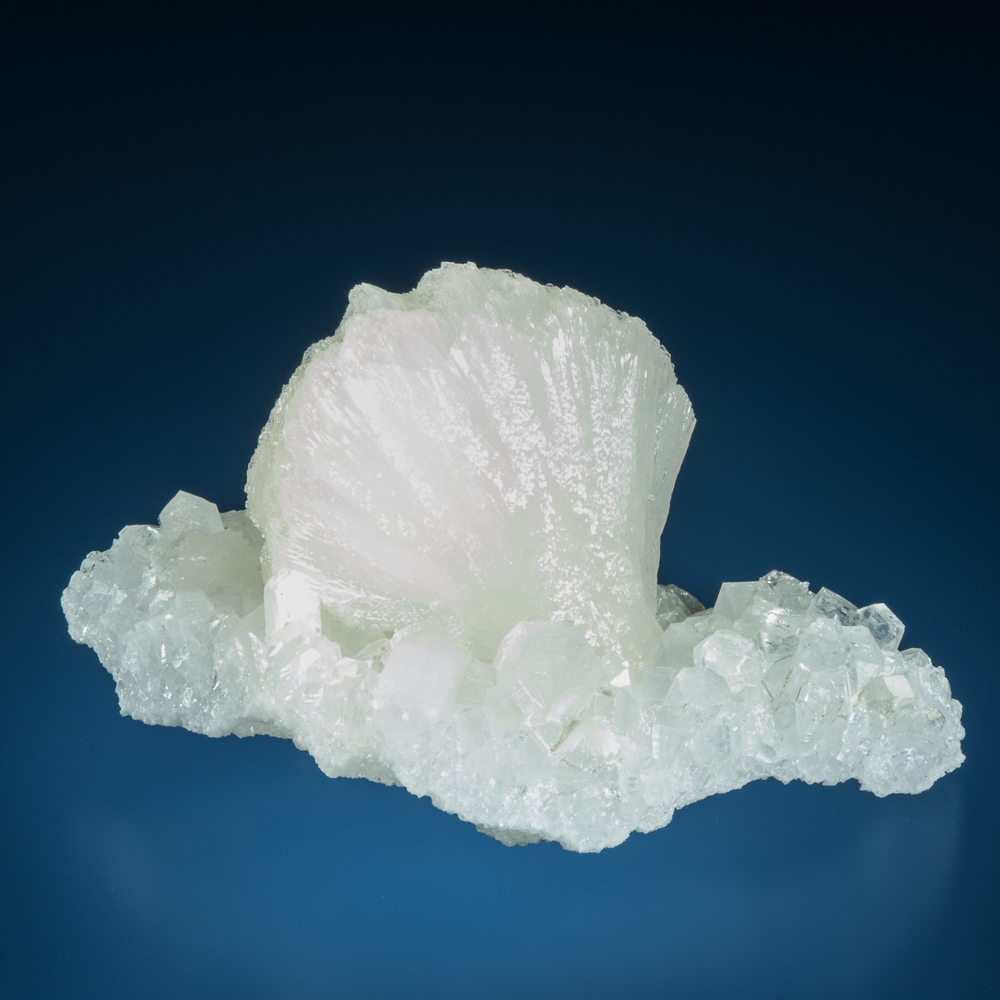 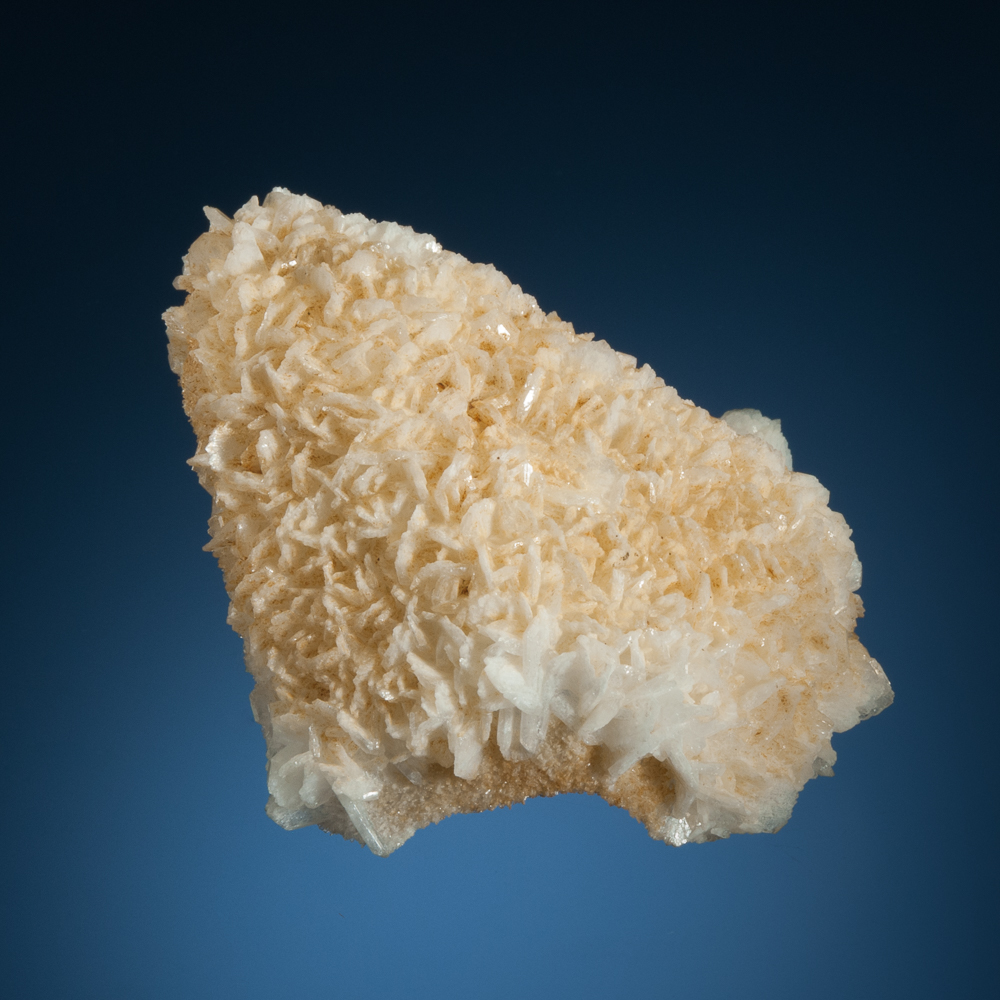 Many of Rock’s specimens have extra background information with them, and those stories are included with each specimen. For those specimens I have included the information in each specimen’s description on the website.  But this one is too good to leave out of this blog post:

“A 9 cm hollow cast after a calcite crystal. Never been cleaned. The cast is faithful to the point of showing some striations that were on the calcite near its tip.Collected the specimens. Was feeling way back in the pocket and felt sometime alive twitch. Thought it was a cobra and jumped back, fell ass over teacups. Turned out it was a frog. Shoveled pounds of dirty stilbite druse plates onto the ground. The casts were the only things in the pocket worth keeping.” 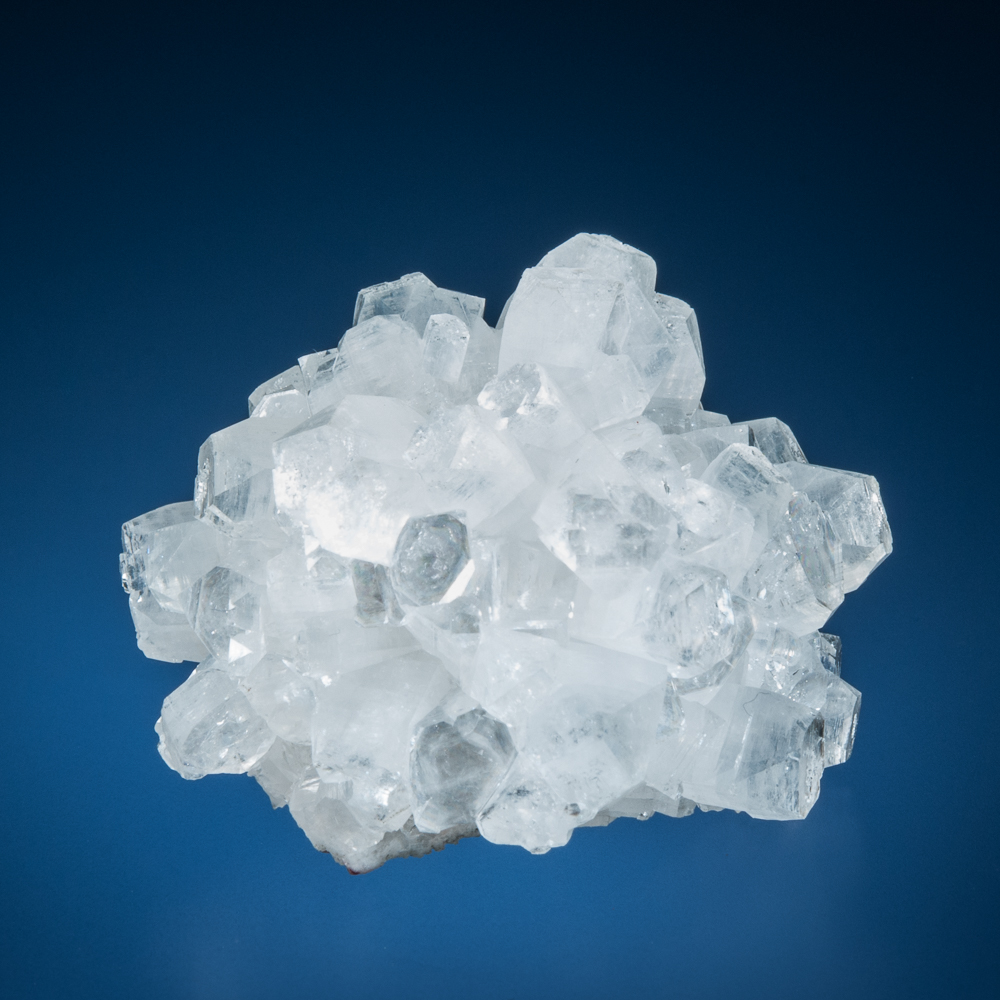 Rock was meticulous about labeling his specimens, and many (particularly the earlier ones) include both a painted number and a label with actual label information in a tiny printed font. Where a specimen did not readily have an easy place for a label of this kind, Rock attached a thread and label, as with the underside of the fluorapophyllite specimen above: 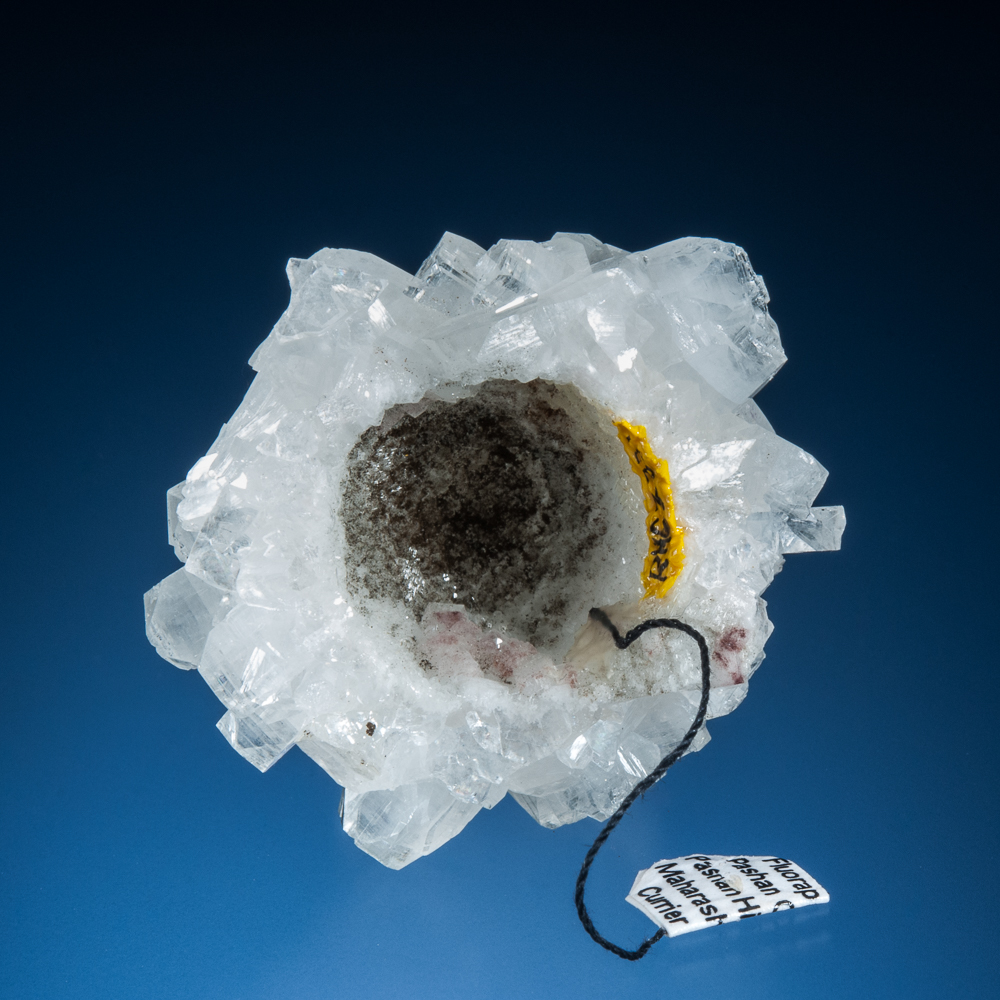 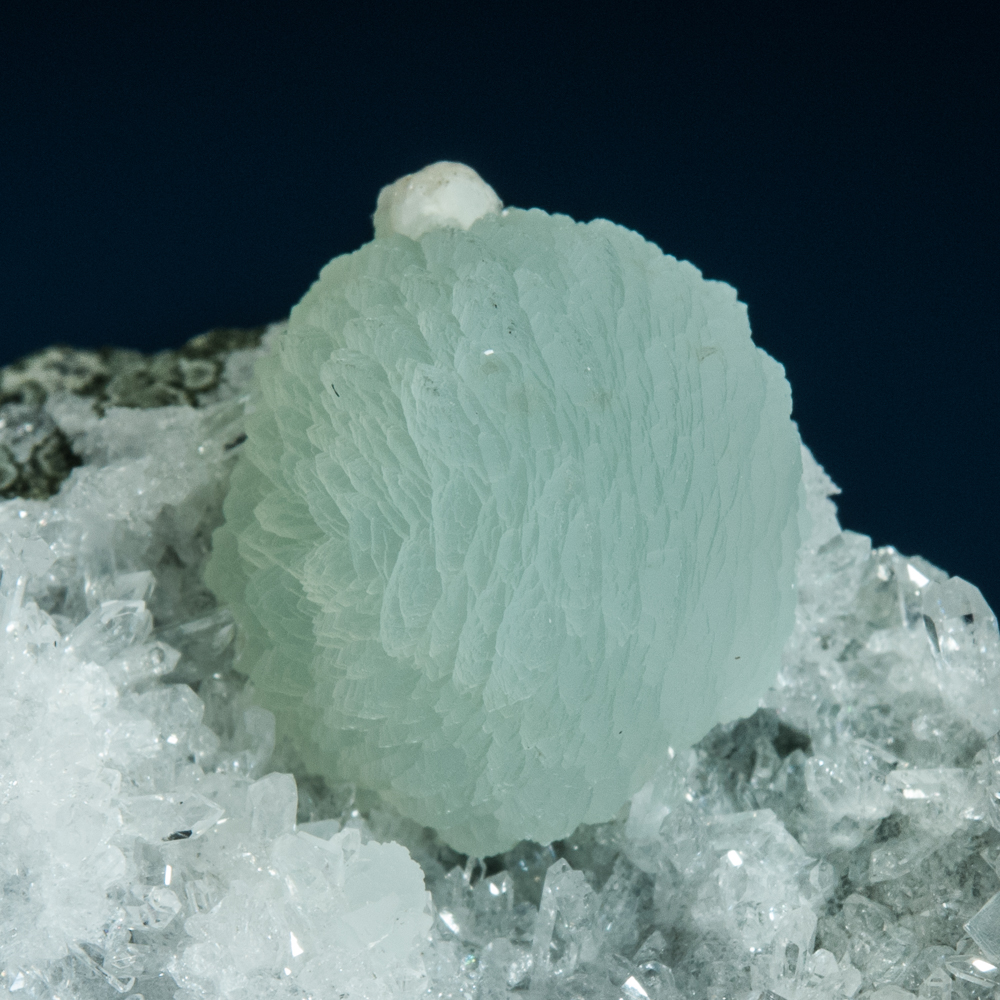